A number of people have recently asked me for tablature for Hava Nagila. Like everything I do… it is complicated. For starters, here is a video of a pretty hot performance on a Middle Eastern-tuned Hugh Tracey Treble Kalimba. This will surely be set up differently than your kalimba, so enjoy listening, but you probably won’t be playing along with this one:

I have buzzers on this kalimba, and it is being played in a gourd deze, which amplifies and buzzifies the sound. That black thing is a guitar strap that goes over my neck to support the deze, so I can play as I dance or walk.

This arrangement features both parallel harmonies in the first verse, and what I call “Kalimba Counterpoint” in the second verse: syncopated, almost ragtime accompaniment plus melody together.

And unfortunately, these advanced features of this performance are not found in the free tablature for Hava Nagila linked to below. 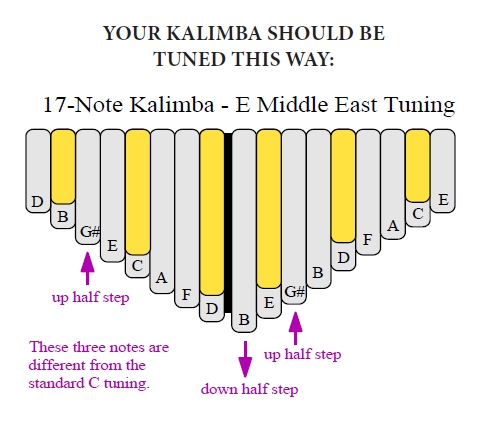 In order to play Hava Nagila, you will need to retune your kalimba. If it is tuned to the “Do re Mi” scale in C, you will need to move your G tines up a half step to G#. I also tune the low C down to B. This is perhaps the simplest retuning job you can do, but it will transform your kalimba playing.

This scale has different names. If you focus on the A minor scale, you could call it the A harmonic minor scale.

If you make E be the root note, this is sometimes called the E Freygish scale. With the half step interval between E and F, followed by the major 3rd of E, G#, this scale has a distinctive Middle Eastern feel.

Hava Nagila starts out in the Freygish scale for the first two sections, but then switches to the A harmonic minor scale as the last section accelerates.

Hava Nagila on the 17-Note Kalimba in C, retuned to Middle Eastern Tuning 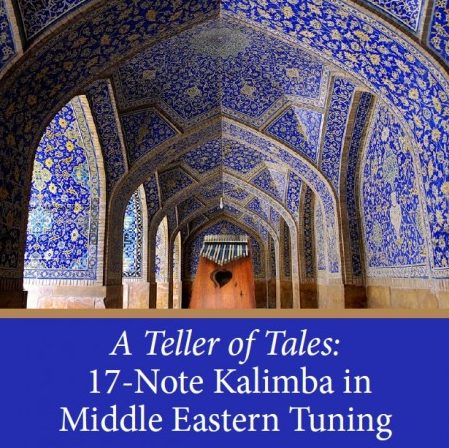 This eBook is a PDF file with live links to the sound files that will illustrate how each song is supposed to sound. 73 pages, 47 exercises and songs created just for the Middle Eastern tuned 17-Note kalimba.

This Middle Eastern tuning makes amazingly beautiful, powerful, exotic music. It is really a journey I can recommend to most anyone.

The music you can play in this kalimba tuning takes you around the world in its musical expressions. I find this music to be so beautiful,  I recommend you purchase the download just to listen to the recordings that come with, even if you don’t play kalimba.

You can download the tablature for Hava Nagila from this book for free. You will see the PDF also has a live link to the sound file for the song.

While Hava Nagila might be the best-known song you can do on the Middle Eastern-tuned Kalimba, it just barely scratches the surface. This is a magical tuning. It creates magical music.

The ebook contains some truly wonderful music, and my song Morocco is the pinacle of that. A recording of Morocco on 17/C Kalimba is in the video below. It is also on my CD “Between the Dark and the Light”.

This is Morocco, a song I wrote for kalimba 15 years ago. It is on my CD “Between the Dark and the Light”, and is the final song in the 17-Note Kalimba in Middle Eastern Tuning download. Again, you could attain this level of music after working your way through the ebook. 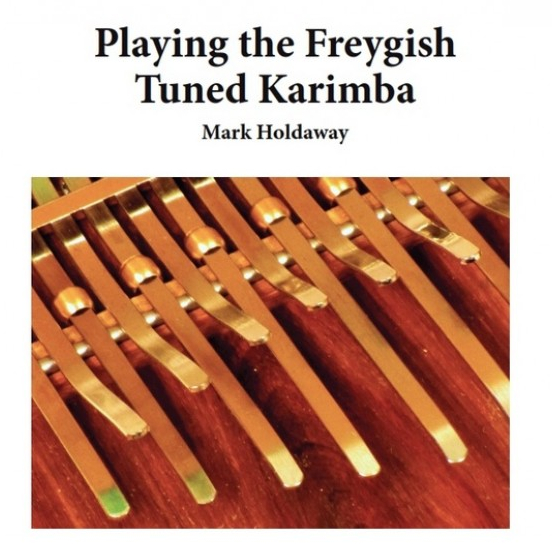 There are many, many different ways you can build a kalimba with this Middle Eastern scale on it, and I just happen to have an ebook for another such kalimba. And of course, it includes Hava Nagila.

The Freygish Karimba is the same basic scale as the Middle Eastern scale for the 17/C Kalimba, but it is arranged differently. Specifically, the row of interleaved raised tines spreads the tines out to make this karimba easier to play.

What can be said of the Freygish-tuned karimba’s music? This tuning is the most regular (ie, most predictable, most understandable, and in some ways most playable) of SaReGaMa’s three tunings. It brings alive baroque melodies and harmonies, romantic music box waltzes, fiery Middle-Eastern music, hot Latino grooves, and nostalgic sensual and sweet music. A great kalimba for spring time, and a great kalimba for falling in love with.

And here is a PDF download for Hava Nagila on the Freygish Karimba.

This is the “Farewell Song”, the last song in the Freygish Karimba ebook. In other words, if you work through the book, this is the level of music you can hope to attain.

I admit to being a little bit crazy over kalimba tunings and different kalimba setups. But I have derived countless hours of enjoyment and wonder playing these two Middle Eastern style kalimbas. And I know that playing a wide diversity of kalimba setups and tunings has opened up great new music to me. And it has also helped make me a better kalimba player and a better musician.

What a joy! Come and explore?

Archival Posts on These Topics

Mark Holdaway has been playing kalimba for over 30 years. He invented his kalimba tablature in 2004, and has been writing books and instructional materials for kalimba ever since. His business, Kalimba Magic, is based on the simple proposition that the kalimba is a real musical instrument capable of greatness. Mark's kalimba books are a down payment on this proposition.
PrevPreviousFree Classical Tablature for Treble Kalimba, Thanks to David Pomatti
NextWhat Song is This? Tablature, Video, and Contest WinnersNext