Home > Info > How To Play > How to Play the Treble Kalimba

How to Play the Treble Kalimba The Treble is the original kalimba that was sent around the world by Hugh Tracey in the 1960s. Slightly smaller than the Alto but with two more tines, the Treble is favored by people with smaller hands or superior manual dexterity. The Chinese 17-Notes in C are copies of the Treble. 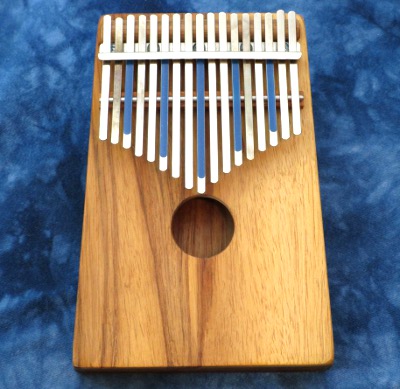 The 17-Note Treble Kalimba in G was the first kalimba produced by Hugh Tracey and African Musical Instruments (AMI), beginning in 1954, and in the early 1960s, when AMI sold 10,000 kalimbas to Creative Playthings in Princeton, NJ, every one was a Treble. When Maurice White of Earth, Wind and Fire hit the scene in 1973, he was playing a Hugh Tracey Treble Kalimba… but he did change the tuning a bit.

Here is a demo of the Hug hTracey Treble Kalimba in standard G tuning.

Here is a wigged out Treble playing “Hava Nagila”: aluminum can buzzers, Middle Eastern tuning, and played in a gourd.

Here is a Hugh Tracey Treble Kalimba set up in Maurice White’s “Evil Tuning” – a pentatonic scale with redundant notes.

The “D Treble” has the root note on the top right tine – with 17 notes, this puts B in the bass note. This D Treble has been tuned up to F so it can play with the F Alto as a “Matched Pair” – that is, the Treble kalimba is an octave above the Alto kalimba (neglecting those bottom two notes on the Treble). 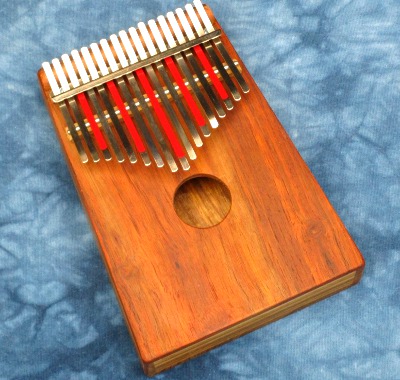 Five of the 17 tines on the Treble kalimba are painted. Why are they painted this way? Hugh Tracey started painting every third tine to help you keep your place on the instrument. Any tine was either colored, or one above a colored one, or two above a colored one (which also turns out to be one below the next colored one).
All diatonic and pentatonic Hugh Tracey kalimbas (that is, all kalimbas where the tines are in a single row and make a nearly perfect “V” shape with their tips) come with painted tines, and you can choose red, blue, green, black, white, and unpainted. If you don’t choose, we’ll send you what we have most of (probably blue). Read more

The B flat Treble 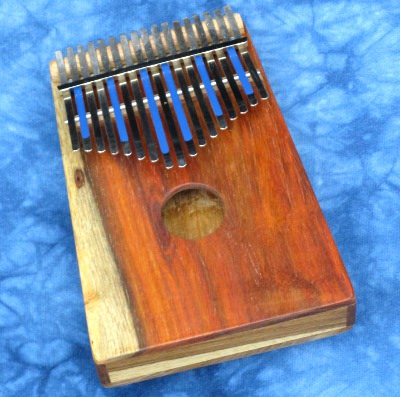 One main reason why the Alto kalimba is so good is the note layout. Exactly two octaves, with the root note the same as the bass note, which are both huge psychological advantages to understanding the instrument. The Hugh Tracey Bb Treble Kalimba is my invention, and it makes the Treble a lot more like the Alto by putting the root note (Bb) as the central, lowest note, as does painting the instrument just like the Alto.

The BbTreble: smaller, faster, higher pitched, more piercing, more charming, and I could play every song I ever wrote for, or learned, on the Alto, and much more! The Bb Treble has competed with my Alto for “my favorite kalimba” status ever since its creation. 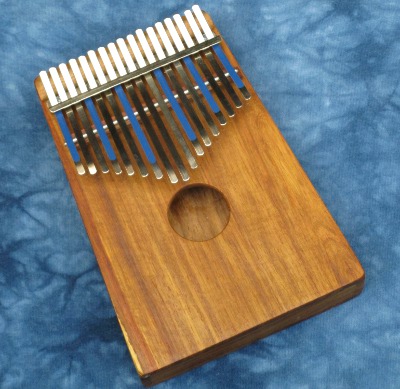 The D Treble also has the “look and feel” of the 15-note Alto kalimba, but with the two extra notes at the bottom. If you neglect those lowest two (central) notes, you have exactly two octaves on this new Treble layout. If the lowest note is B (the note the Treble kalimba was designed to play), then the root note is D, significantly higher than the Alto’s G or the Bb Treble’s Bb. You can tell that this is a D Treble by which tines are painted, and if you use that as a guide, you can see a little Alto kalimba buried in the top 15 tines, plus the two extra unpainted central tines.

The D Treble will play everything that the Alto plays, and it will read Alto tablature if you skip those lowest two tines. If you do play those two tines, this instrument lends itself to playing in the key of B minor. 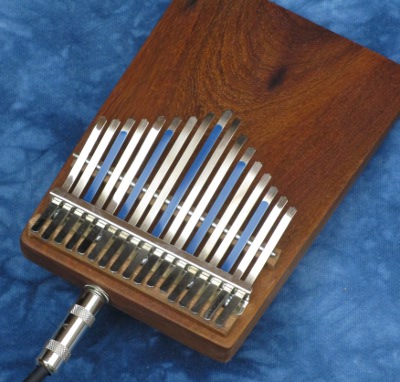 Kalimba Magic can now supply any of the Hugh Tracey kalimbas with Celeste bodies, which are a solid piece of wood. Compared with box kalimbas, the sound quality of the Celeste is more like that of an old-fashioned music box. You cannot create the wet “wah-wah” effect that is possible with box kalimbas. Celestes are especially good for playing inside gourds, which vastly increases volume and resonance.

A Celeste body has the same footprint as the Treble box, but is much shallower, and therefore is even better for smaller hands.

All Hugh Tracey kalimbas are available with an optional built-in pickup. 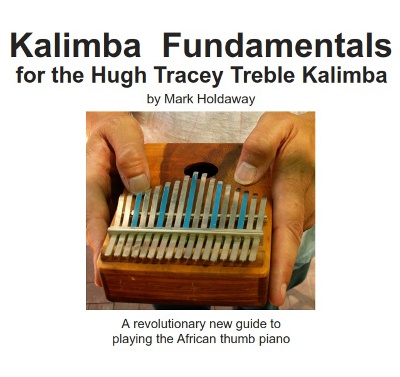 The foundational book for the classic Treble kalimba in G. This comprehensive introduction to the Treble covers technique, chords, scales, left-right exercises, and songs. This book is 32 pages, and comes with with a CD that contains all the songs and exercises.Purchase Book 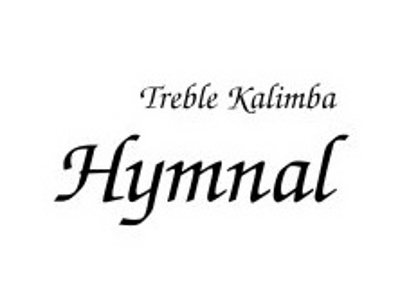 Arranged by Sharon Eaton, this book has 50 hymns, ranging from simple to difficult. Amazing Grace, How Can I Keep From Singing, Jesus Loves Me, There is a Balm in Gilead, What a Friend We Have in Jesus, and 45 others.Purchase Book 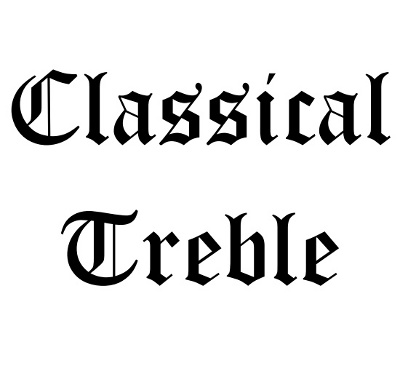 Arranged by Mark Holdaway and Sharon Eaton, is available both in book form and in KTabS download. This book has 20 favorite classical melodies, ranging from simple to very challenging. Bach, Handel, Holst, Pachelbel, and many others, this collection will keep you busy for months, if not years. Available in KTabS format only, sorry no books yet! INSERT LINK(s)Purchase Book 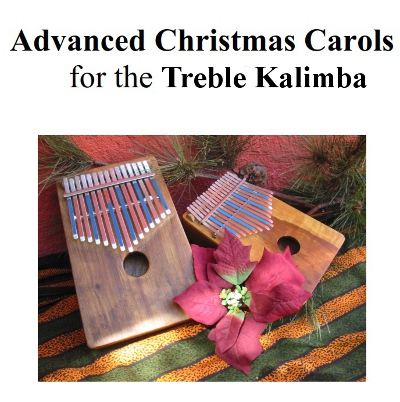 This book has the same 20 Christmas Carols as the advanced Alto book, but arranged for the Hugh Tracey Treble. Some songs, such as Silent Night and O Holy Night come across much better on the Treble as they require those higher notes that just aren’t there on the Alto or the Bb Treble kalimbas.Purchase Book If you are just starting out, this PDF ebook is a great place for you to learn. You know how all of these songs go already. 32 carols and 59 pages, and live links to the sound recordings for each song. Purchase Download 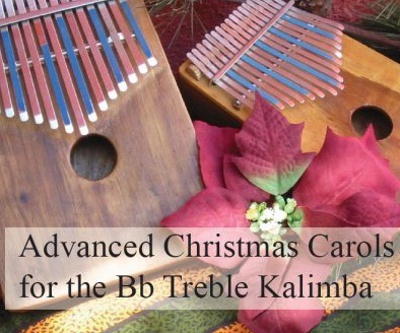 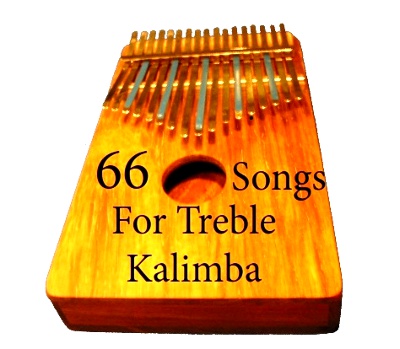 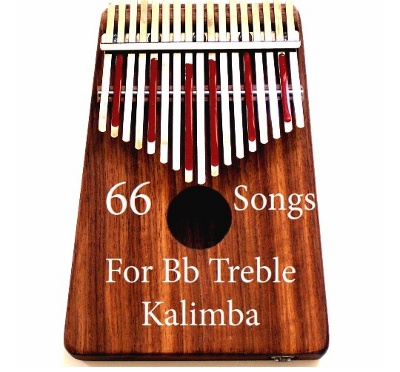 In defense of the Treble, the original Hugh Tracey Kalimba

If you are undecided about the tuning, your best bet is to go with the standard G major tuning and setup. Most of the tips, tablature, and books were written for the standard tuning, so a good path to follow is to keep your kalimba in the key of G for a year or two or three as you learn, and then branch out into other tunings as you progress. Of course, the
Kalimba Doctor at Kalimba Magic can retune your current treble kalimba any way you like! 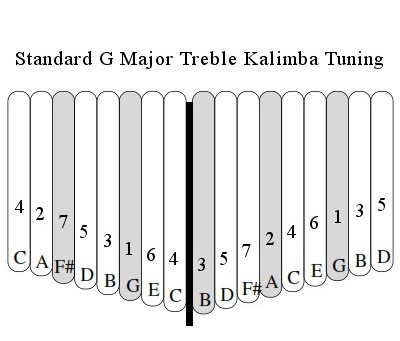 The letters are the names of the notes each tine is tuned to. The numbers are the degree of the scale – that is, 1, the root note, is “Do” as in “Do, Re Mi, Fa, So”. The number 5? Count up, 1, 2, 3, 4, 5, which would be “Do, Re, Mi, Fa, So”. The major scale is the standard reference for all other scales, and scales that have different intervals will indicate their departure from the major scale intervals with a + or – sign, as in 3- for a minor or flattened or lowered third degree of the scale. 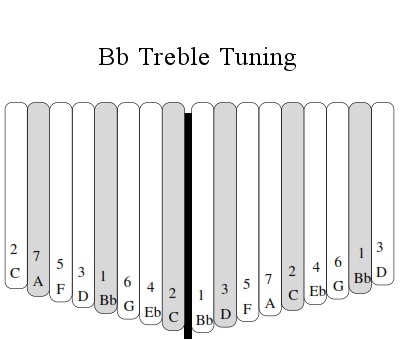 The Bb Treble kalimba reads Alto Tablature – compare the numbers, that is the degrees of the scale, and the painted tines, to the Alto’s standard tuning – they are identical, except for the high 2 and 3 which are missing from the Alto Kalimba’s standard tuning. The notes are all raised a minor 3rd from the Alto standard tuning. All the tines can be pulled out or pushed in a bit and this basic tuning can be extended to the keys of A, Bb, B, or C. 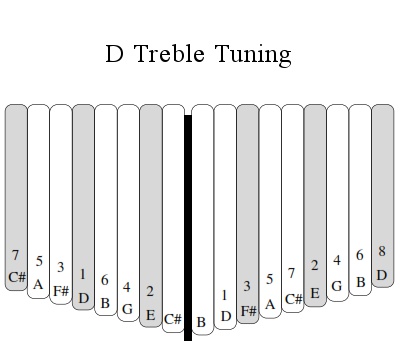 The D Treble kalimba reads Alto Tablature – compare the numbers, that is the degrees of the scale, and the painted tines, to the Alto’s standard tuning – they are identical, except for the two lowest tines B and C# (unnumbered here) which are missing from the Alto Kalimba’s standard tuning. The notes are all raised a 5th above the Alto standard tuning. This basic tuning can be extended to the keys of C, Db, D, Eb, E, and F. 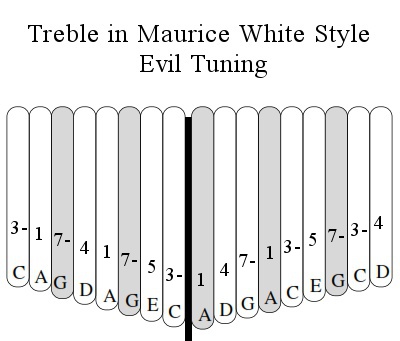 This is similar to the tuning that Maurice White of Earth, Wind, and Fire used on essentially all of the kalimba songs they did. I “reverse engineered” it from a YouTube video of Maurice White playing. 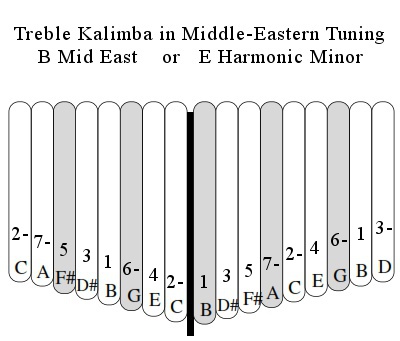 This was my very first alternative tuning, which I made in 2001, and it uses the B as the root for a Middle-Eastern feeling scale. This is a tuning that you can easily do yourself, as all you need to do is push the lower two D tines up to D#. I liked leaving the upper D natural, which can lead to dissonance if you play the octaves – so watch out for that one. This also plays in E harmonic minor. It is actually very fun to switch back and forth between playing in B Middle Eastern and E harmonic minor.

If you have any questions, feel free to contact us via the email form, or speak directly to Mark Holdaway at 520-488-7641.Contact Us

Mark Holdaway has been playing kalimba for over 30 years. He invented his kalimba tablature in 2004, and has been writing books and instructional materials for kalimba ever since. His business, Kalimba Magic, is based on the simple proposition that the kalimba is a real musical instrument capable of greatness. Mark's kalimba books are a down payment on this proposition.
PrevPreviousHow to Play the Lotus and SaReGaMa Karimbas
NextHow to Play the Alto KalimbaNext 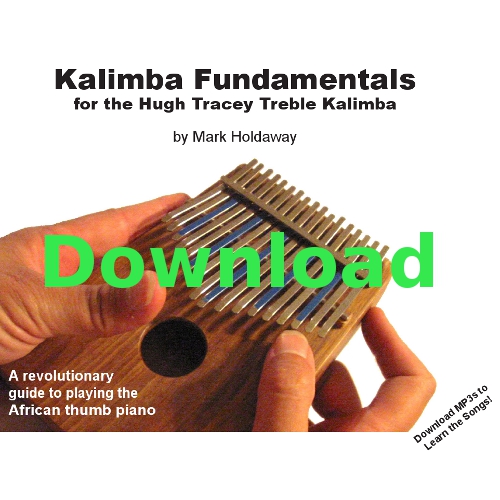 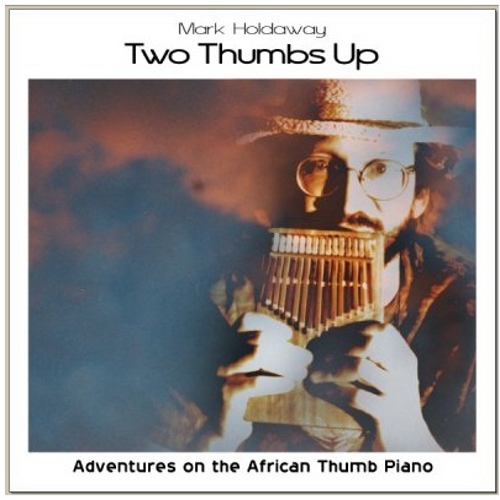 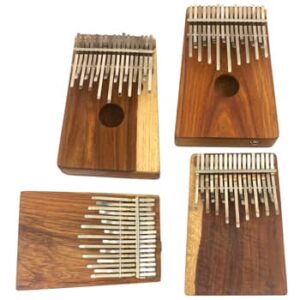 What People Are Saying About Kalimba Magic