Each tuning a different flavor, capable of its own music.

The Moon-10 Kalimba is a fantastic platform for creating music. It has a clear piercing tone, great special effects, and is not difficult to get your head around… it tilts the odds toward success. The standard C Major Pentatonic tuning is fun, but realistically, it only scratches the surface of this instrument’s possibilities. To span this instrument’s potential, we need to sample some of the different possible tunings. Here are six alternative tunings you can put on your Moon-10 kalimba yourself.

When you order a Moon-10 kalimba from Kalimba Magic, we give you the option of selecting one of our six alternative tunings. Or, you could accomplish the retuning yourself. Whether you are sampling the tunings to see which one you want us to make for you, or you are exploring what tuning you want to try next on your own Moon-10, this page shows you what you need. Each tuning is spelled out with a tuning chart, example sound clips, and links to any instructional materials are included. Each tuning is named after a different type of moon. The six alternative moon tunings will take the next half year to fill out. I will update this page to reflect those new ebooks as they are available. 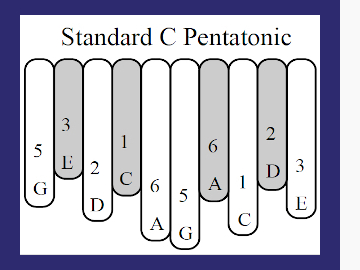 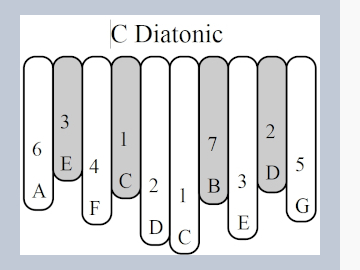 The “Silver Moon” tuning is a powerful tuning with a 40 page instructional download. It can do a lot a different songs and is fairly intuitive to play. A real workhorse. Instructional Resources 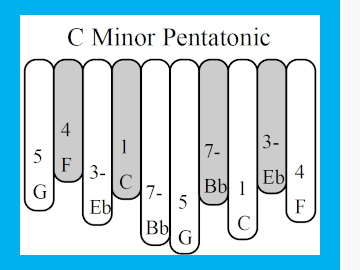 This one is spiritually similar to the standard C Major Pentatonic tuning. It is pretty simple to go back and forth between them. 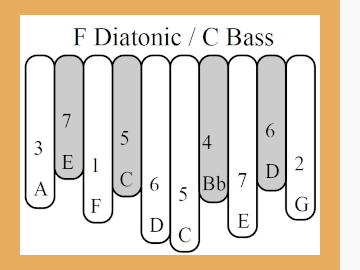 This one is essentially similar to the C diatonic tuning… but the Bb shifts it to be in the key of F major. It can play in the C mixolydian mode, but when played in F, it turns out there are more known songs this Moon-10 kalimba tuning can play than can be played in any other tuning. 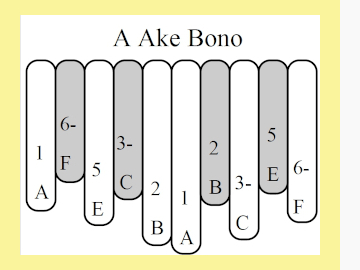 If you have a Sansula in standard A minor tuning, you will find that this tuning plays brilliantly with it. It has the same mystical and enchanting sound, and can take you on a trip to the orient. 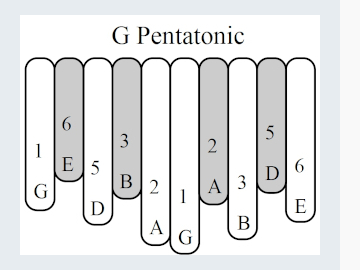 If you own any kalimbas in G, this is a good instrument to play with your other G major kalimbas. It has the same freedom as the “New Moon”, or the standard C pentatonic tuning. 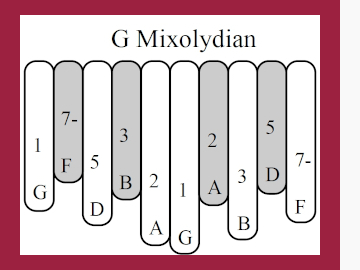 This one has a wildness, a feeling of Africa. It is modeled after a Francis Bebe tuning which he used in the 1970s and 1980s. 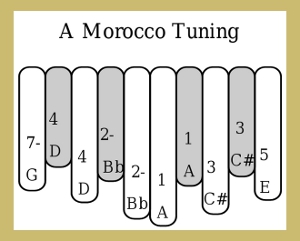 This is a Middle Eastern tuning with 6 notes per octave, which means the octaves are on the same side. The right side notes, A, C#, E, and upper row notes A and C#, forms the A major chord. The left side notes, Bb, D, G, Bb, D, form the G minor major chord. Swimming among these two chords sounds like Lawrence of Arabia. 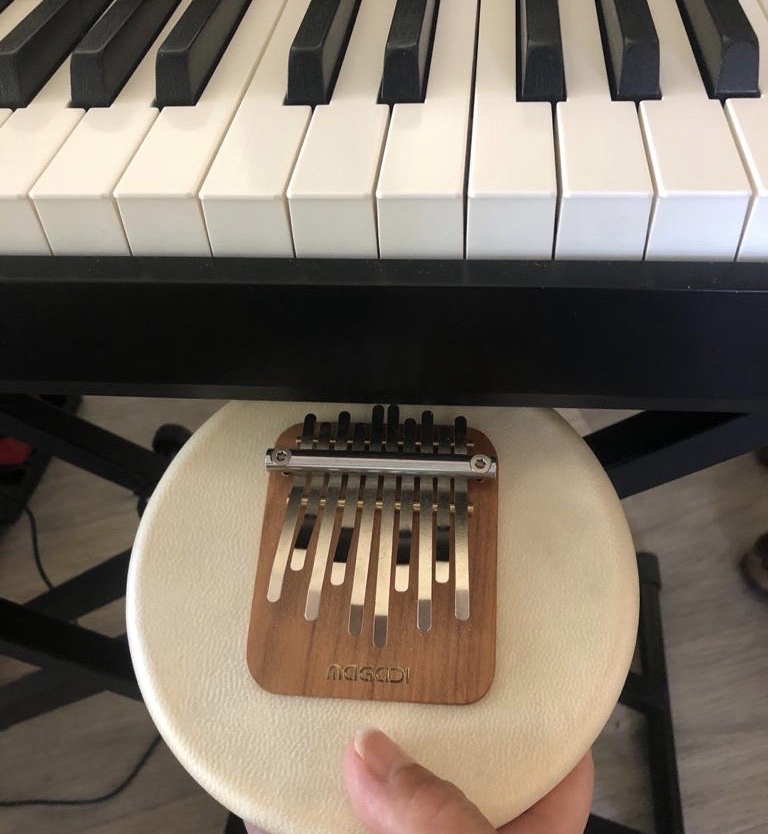 Mark Holdaway has been playing kalimba for over 30 years. He invented his kalimba tablature in 2004, and has been writing books and instructional materials for kalimba ever since. His business, Kalimba Magic, is based on the simple proposition that the kalimba is a real musical instrument capable of greatness. Mark's kalimba books are a down payment on this proposition.
PrevPreviousNew Instructional eBook for “Silver Moon” Moon-10 Tuning
NextNew: Bamboo 17-Note KalimbaNext