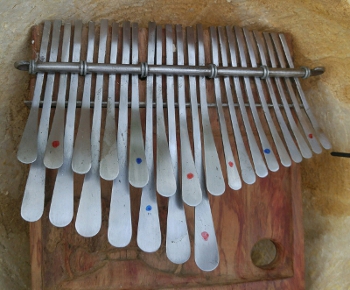 New tablature for mbira dzavadzimu, plus tabs for Hugh Tracey Alto and B flat Treble Kalimbas Click to download tablature for the mbira song “Chaminuka” Chaminuka was a real person, a renowned Zimbabwean prophet who foretold the coming of white European colonialists.  After his death, he became a popular ancestral spirit to channel.  Mbira dzavadzimu were and still are used in these ceremonies. While researching Chaminuka for the Chiwoniso article, I learned that there are at least two totally different songs by this name: “Chaminuka” for the karimba by Chiwoniso, and an unrelated song for the mbira dzavadzimu.  The mbira “Chaminuka” is the classic pattern described by Andrew Tracey in 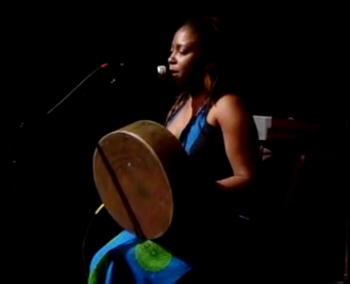 Free tablature for “Chaminuka,” for A-17 or F-15 instruments Click to download Tablature for the song Chuaminuka on F-15 Note Karimba We have featured the music of the late Chiwoniso before at Kalimba Magic.  Chiwoniso was a talented and charismatic singer and karimba player (which she simply called an mbira). She was also the daughter of Dumisani Maraire (Dumi), who is credited with bringing both the marimba band movement and the karimba to America, starting around 1968.  Dumi was educated about music at the Kwanangoma School of African Music in Bulawayo, Rhodesia (now called Zimbabwe). Chiwoniso grew up traveling with her father and learning African music, between Zimbabwe and Washington