Questions about the Lotus tuning and SaReGaMa style kalimbas

Questions about the Lotus tuning and SaReGaMa style kalimbas 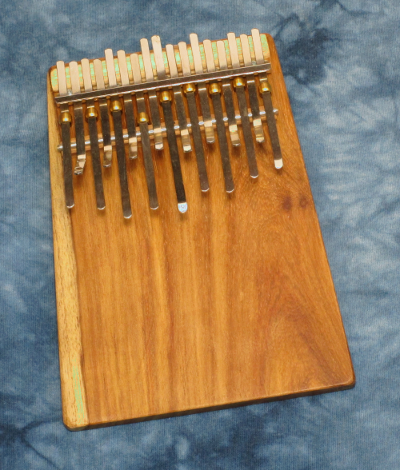 The Lotus-tuned Karimba is an invention of the new age artist SaReGaMa. He was given a Hugh Tracey African-tuned karimba, but it was not in tune, so SaReGaMa started to invent different tunings every few weeks. This tuning is one he made for his daughter, Lotus, after whom he named it.
SaReGaMa also made a YouTube video of this tuning to show what it can do, and this video has since become the most popular kalimba video of all time:

In 2012 Kalimba Magic started retuning African Karimbas as SaReGaMa Lotus-tuned karimbas. As SaReGaMa invented this tuning and created the demand for it, we pay him a commission for each kalimba sold in one of his tunings. INSERT LINK to product.

In principle, you can retune your 17-note African-tuned karimba into a Lotus. I recommend that you take the instrument apart and match the longest tines to the lowest notes and shortest tines to the highest notes, reassemble, and then tune. It took me about a dozen attempts before I was successful.

You can also change the 17-note Treble into a Lotus, but you will need to put an upward bend in the last 1-2 cm of the 8 shortest tines. When you bend the tines, it is possible that you will cause the plating to break and flake off. Be careful! 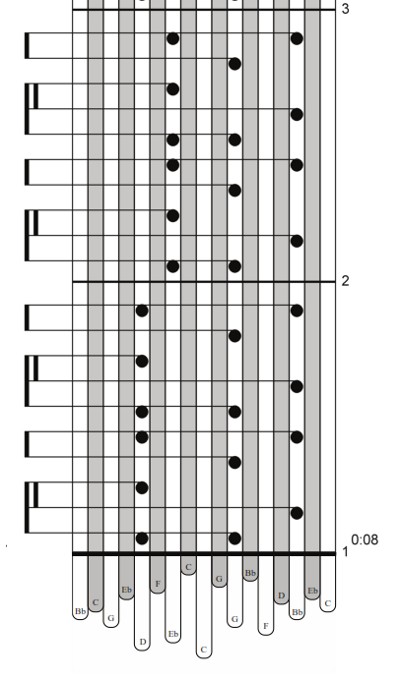 You have three options for learning to play the Lotus solo: you can view the YouTube video (that would be starting and stopping the video like 1000 times). You can get the staff notation for the Lotus solo from SaReGaMa himself – he gives it away in exchange for a donation. Or you could purchase the staff notation plus the kalimba tablature for the Lotus Solo from Kalimba Magic (we split the proceeds 50/50 with Mr. SaReGaMa).

I am partial to the tablature version because a) it has measure numbers, b) at strategic points in the song, the time in the video is given (0:08 indicates the first note of the song comes in at 8 seconds), c) it closely tracks the tempo changes in the song, d) it correctly tracks the massive retard in the last section of the song and correctly notates this section, and e) where it is ambiguous as to which thumb plays a given tine, the note has an “L” or “R” to the right of the tab.

In addition to the tablature and staff notation for the Lotus solo, there is also a general purpose book “Learning to Play the Lotus-Tuned Karimba”, in tablature notation. This book is also available as a download.

What Other SaReGaMa Tunings are Available? 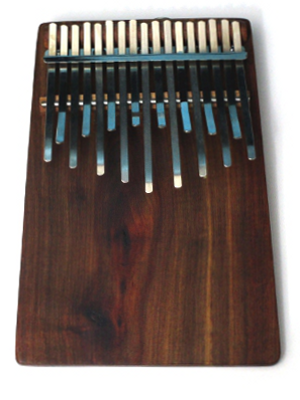 SaReGaMa’s Freygish tuning and Air tuning are also available from Kalimba Magic. The Freygish-tunhed karimba (shown above) is two octaves of the C harmonic minor scale, plus a low B below the two octaves and a high D above. This tuning has a very enchanting sound, and we have a download of over 50 songs and exercises for this instrument. The Air tuning is a different take on a D minor scale and has a free download.

Mark Holdaway has been playing kalimba for over 30 years. He invented his kalimba tablature in 2004, and has been writing books and instructional materials for kalimba ever since. His business, Kalimba Magic, is based on the simple proposition that the kalimba is a real musical instrument capable of greatness. Mark's kalimba books are a down payment on this proposition.
PrevPreviousDoes the kalimba come with a case?
NextGreg TrimbleNext