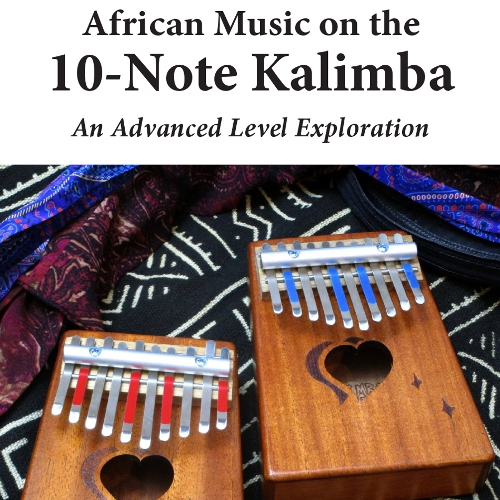 African Music on the 10-Note Kalimba in C

A great many people now own kalimbas made in China.  These kalimbas apparently were created with an intent to play western pop songs. However, you can also play traditional African music on them… and I will show you how. It turns out there is a traditional 8-Note karimba that is particularly important in the evolutionary tree of African kalimbas. It is thought to be the original tuning, the grandmother of the African-tuned Karimba and the mbira dzavadzimu. I call it the Student Karimba and Andrew Tracey, Hugh Tracey’s son, called it the  “Original Mbira”. The notes on this 8-Note instrument are arranged differently than the new 10-Note kalimbas, but the 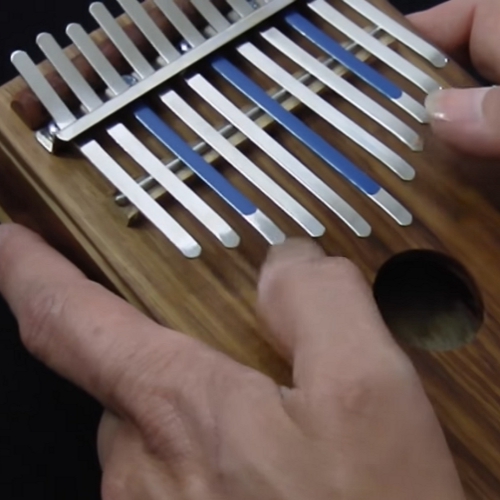 Look up Francis Bebey on YouTube. He made great, diverse, charismatic groove-based music in Cameroon in the 1970s. Many of his songs featured his kalimba playing. He also played guitar, and sang. But often, he led his band with kalimba and singing. To my ear, each of Francis Bebey’s kalimba songs used a different kalimba tuning. (He was the opposite of Maurice White, who seemed to use the same tuning on all of his songs.) My take on that: each of Francis Bebey’s kalimbas had a different tuning, and each played different music. Each of his kalimbas had a different song. One of my favorite Fancis Bebey songs is “Breaths”, 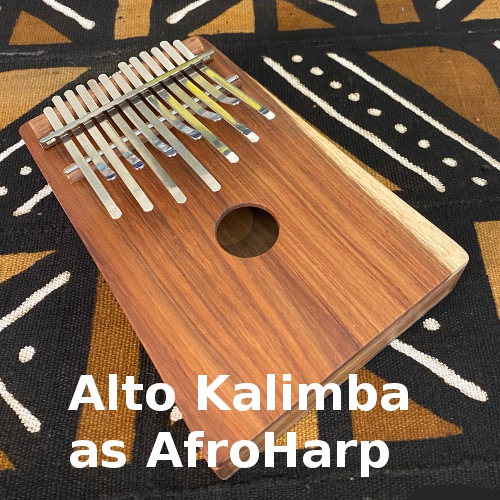 In the 1970s, Black Pride was a huge thing. And it should be now too. But I think most Black people have done their part. Now, it is the White people who need to appreciate and understand Black Pride, without fear and without offense. I for one understand that when I appreciate the beauty of African culture, I find it very hard to be racist or to put Black people down categorically. Kalimba culture is something that can lift up Black people, can lift up non-Black understanding and an appreciation of Black culture, and can certainly make the world a better place. The rich cultural diversity of Africa was torn 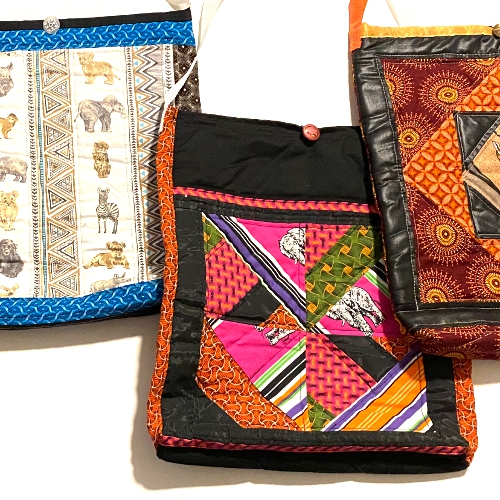 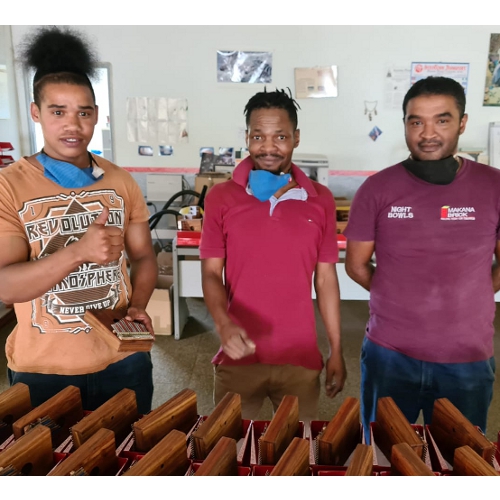 Where is Your Kalimba Made? The Hugh Tracey Kalimba is from Africa

The recent kalimba craze has been fueled by a huge influx of Chinese-made kalimbas over the last 4 years. These kalimbas have made so extreme a mark on the world that a great many people incorrectly believe the kalimba to be a Chinese instrument. Nope! The earliest kalimbas were made in Central Africa, around present-day Cameroon, about 3000 years ago. The first metal-tined instruments were made about 1300 years ago, in present-day Zimbabwe. And, since 1954, the Hugh Tracey kalimbas have been made in South Africa. Please, I invite you to meet the team of South African workers at African Musical Instruments (AMI) in Grahamstown, South Africa. Vuyolethu (Vuyo) Ntleki 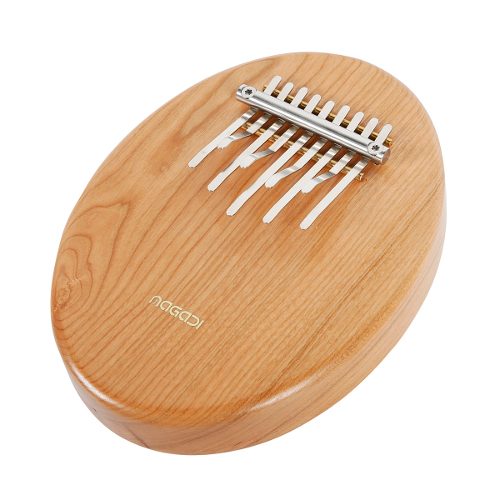 The Olive-9 is a very interesting kalimba. It fits beautifully in your hands. The wood body has a resonant sound chamber routed into it, providing an expressive wah. The pentatonic tuning is very liberating – it plays in A minor, C major, and a neutral D (neither major nor minor – see the video tab to experience this one). This tuning is great for jamming! Perhaps the best part of the Olive-9 is its price tag. This one will take you to different places than your typical kalimba, and the journey is definitely worth your time and effort. The Olive-9, in the A minor pentatonic scale, is great for jamming. 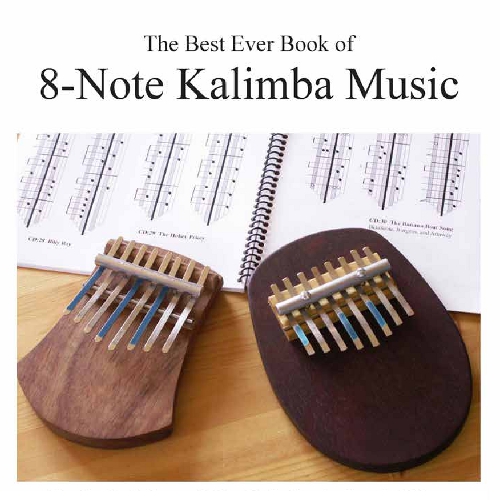 The PDF Version of the Best Ever Book on 8-Note Kalimba Music is now available. I wrote this book in 2006 when I was teaching 8-note kalimba to early elementary school children on Tuesdays, to inner city middle school kids on Wednesdays, and to high school aged youth in the downtown library on Thursdays. I had to create some very simple materials so the beginners could get it. And I found that they did get it. Even the 6 and 7-year-olds I worked with could readily follow the tablature up the page, even though it is not the direction the rest of the world reads musical notation. The 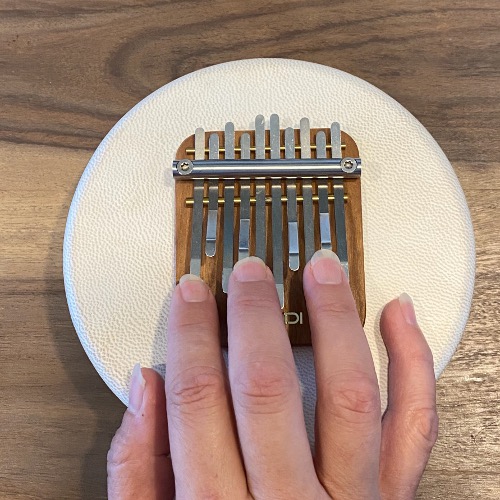 The whole concept of kalimba music, in my mind, is bouncing the right thumb energy off of the left thumb energy, and watching where they dance together. Or you can take it to the next level, and play with two thumbs and an index finger, with all three energies dancing in a triangle. But what if you don’t have the use of one or the other of your thumbs? I would think just playing with one thumb might be a bit dull. But you can get that same sort of kalimba experience by using two or three fingers from one of your hands. The the note layout of the Moon-10 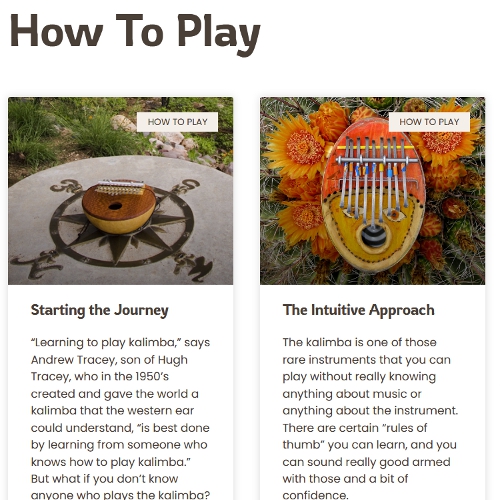 At Kalimba Magic, we give you the tools to succeed on your kalimba journey. The kalimba has great depth and breadth, and you can gain a lot from the resources we have arrayed here for kalimba players at all levels. The “Learn to Play” section is a perfect place to help you start your journey. Our job is to help you to understand your kalimba, how it is set up, and how to keep it sounding sweet and in tune. We invented Kalimba Tablature in 2004 – of course we are the experts! Tablature is much easier to read than staff notation is – it is just a map of 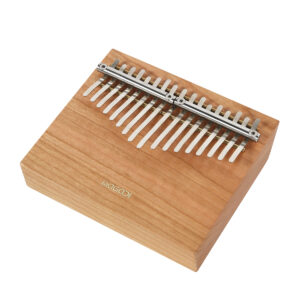 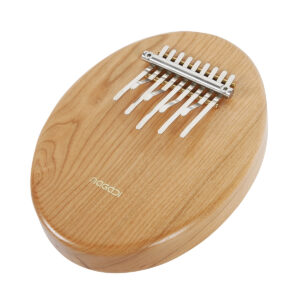