The Kalimba and Transformation

Humans have transformed the kalimba over millenia. The kalimba can also transform us.

The kalimbas that we play and see today seem like very modern instruments, but the kalimba is rooted in many centuries of history and tradition. As is normal for humans, we have been busy remaking the kalimba and transforming these instruments into something new. It’s a process that has been going on for millenia, and people continue to transform the kalimba into something ever more amazing.

But why do all of this work, continually remaking the kalimba?

In part, because of love. Those who love the kalimba have always sought to improve upon it.

In part, because the kalimba is a tool that we, individually, can use to transform ourselves, becoming better humans. 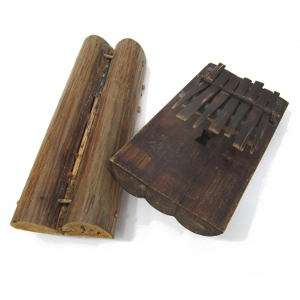 The earliest lamellophones in Africa were made of bamboo and raffia about 3000 years ago, in western Africa, around present-day Cameroon. While the raffia tines produce an earthy tone, they do not sustain very long. 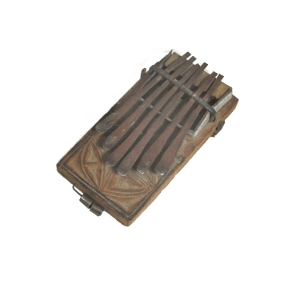 As the Iron Age swept through the Zambezi Valley of southern Africa about 1300 years ago, people started making metal-tined kalimbas. The metal tines were more durable and more resonant than raffia tines, and the resulting instruments really captured the human imagination. 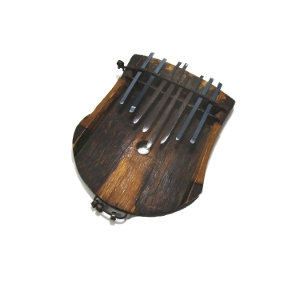 Andrew Tracey believes this 8-note instrument to be among the earliest of the metal-tined kalimbas. He bases this conclusion on two different lines of reasoning. First, the notes of this instrument are also present in the central part of essentially all traditional kalimbas from southern Africa. Also, the songs of the larger and more recent traditional kalimbas often start out using these notes.

Kalimba Magic has embodied this potentially ancient instrument as the “Student Karimba.” 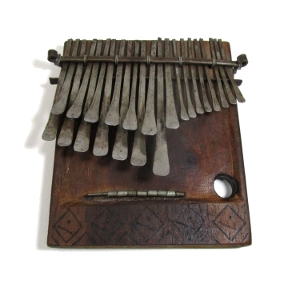 About 700-800 years ago, the Shona people of Zimbabwe brought the kalimba to a peak of truly complex music with the mbira dzavadzimu, an instrument with 20-25 tines and a 7-tone scale not unlike the western “Do Re Mi” scale. There are more people on the planet playing the rich traditional music of the mbira dzavadzimu today than ever before, making it a great success story in an age when most traditional musical forms are falling away. What a feeling, to be able to play music that is essentially similar to what the ancients in Africa played centuries ago! 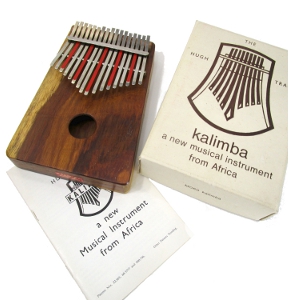 In the 1950s, the term “kalimba” had long been used as a generic name for traditional African lamellophones. In 1954, Hugh Tracey – an Englishman who had lived in Africa since 1920 – started making non-traditional thumb pianos under the name Hugh Tracey Kalimba. Instead of iron, the tines were made from spring steel, producing a clearer tone and a longer sustain. In the 1960s, the kalimba began its journey to worldwide popularity. People started making nontraditional kalimbas everywhere, and people also started using the kalimba in pop, rock, and jazz music.

In his extensive travels around Africa, Hugh Tracey had documented hundreds of traditional kalimba designs, each with different tunings and note layouts, and each supporting its own type of music. Today, most of those instruments do not exist in the wild any longer, but are preserved at the International Library of African Music (ILAM), part of Hugh Tracey’s legacy.

Kalimbas have a very simple tone generation mechanism. All that is required is a thumb nail, and enough manual dexterity to slide the thumb nail off of a tine, plucking it in the process. Unlike violin, flute, trumpet, or clarinet, which could take years of work to develop a good tone, it might take you a few minutes to get a good tone on the kalimba. As such, the kalimba is a great instrument for the casual player, for the very young, or for elderly musicians who can no longer play their chosen instrument.

On the other hand, the idiosyncratic note layout of many kalimbas forces the established musician out of their box of musical preconceptions and requires them to recreate their musical intuition. In other words, while you can make beautiful sounds right away, it could take you years to master the kalimba. I have been playing kalimba for 32 years, and I am still creating new music, exploring new tunings, and exploring new uses for the kalimba.

The whole concept that the kalimba can be tuned to have exactly the notes needed to achieve some particular music can be greatly extended. We are not restricted to just playing ancient African music – we could explore a Middle Eastern space, or Far Eastern music. In fact, once we start down this path, the kalimba becomes a vehicle that can take us around the world, traveling through time and space to exotic lands in or beyond our imagination. 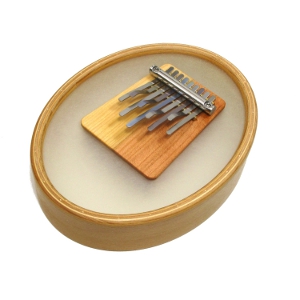 Some of the sweetest kalimbas are now made in Germany. Peter Hokema has been making small, high quality kalimbas for over 30 years, including his “million dollar idea,” the Sansula – a small kalimba in an exotic eastern tuning mounted on a resonant chamber that makes a delightful “wah-wah” effect when the chamber is opened or closed on a hard flat surface.

The German-made Sansula is representative of the sort of transformation that the kalimba continues to undergo in the 21st century. Superb hardware and precision German engineering combine with a non-traditional “wah-wah” mechanism.

My own contributions that are transforming the kalimba world have focused on developing and exploring innovative tunings to existing instruments, and writing instructional books and downloads to illustrate precisely how they are played. 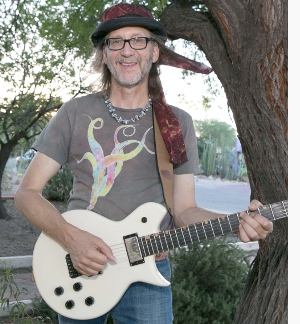 Above is part of the story of how humans have transformed the kalimba. The kalimba can be used in so many ways to enhance your life, most of which require little or no formal learning. Here I share a little about how the kalimba transforms me:

If you are open to it, the kalimba can be one of the best things in your life.

Mark Holdaway has been playing kalimba for over 30 years. He invented his kalimba tablature in 2004, and has been writing books and instructional materials for kalimba ever since. His business, Kalimba Magic, is based on the simple proposition that the kalimba is a real musical instrument capable of greatness. Mark's kalimba books are a down payment on this proposition.
PrevPrevious10 Easy Tips – Scales on the 17-Note Kalimba in C
NextTraditional African Music for Mbira Nyunga NyungaNext