Understanding ties and dots – extending the length of notes 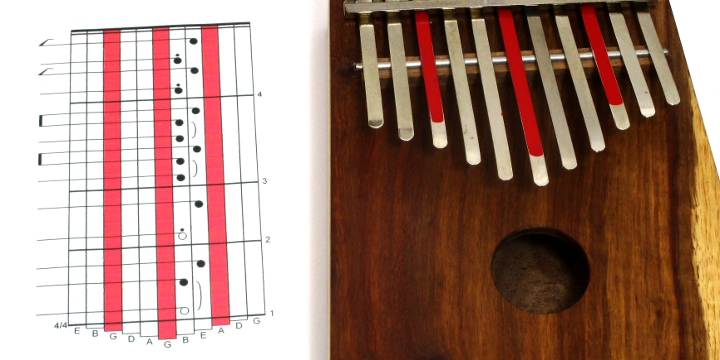 Are you having difficulty understanding note and timing symbols in the tablature?

This blog post is just for you – it’s the second of our series on learning how to read kalimba tablature.  In the first post, we talked about what the “tine map” means, looked at the different types of notes and how long each kind lasts, and introduced how to understand timing and keeping time.

This installment of the multi-part series on reading tablature covers the details of the “tie” symbol (a sideways smile) and the “dot” (a dot immediately after – or “above” – any note symbol).  Both the tie and the dot modify the length of the notes they are applied to, resulting in note lengths that we could not indicate using just the basic note types and increasing greatly how music can be communicated using a visual system.

The song begins down at the bottom of the tablature column. Time in this map runs from bottom to top.  As you go up, you are looking at the song later in time, much as standard musical notation runs from left to right.

In an earlier post we showed how the whole note gets 4 beats, the half note gets 2 beats, the quarter note gets 1 beat, and the eighth note gets 1/2 of a beat.  What if we want a note that is to be held for 5 beats, or 1 1/2 beats?  How do we make a note that lasts for this long?

In the tablature examples below, we provide sound recordings in which there is a full measure “count off” before the music starts playing, and then we “count” the rhythm as the notes are played; this is also spelled out to the right of the tablature. 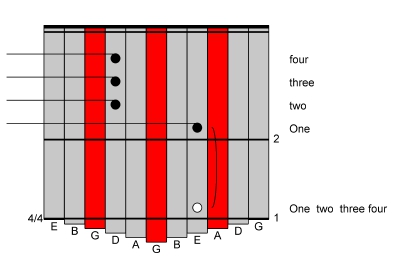 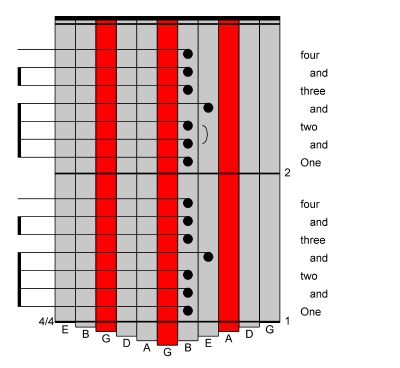 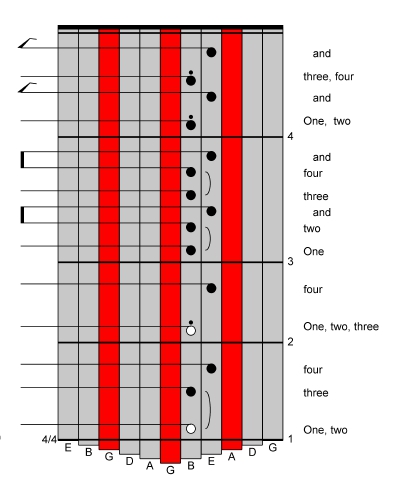 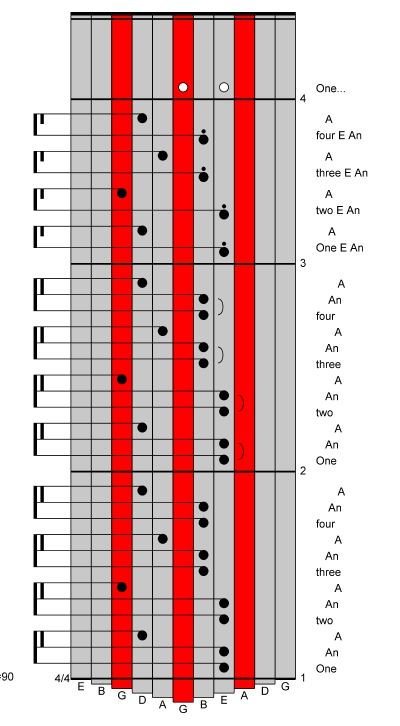 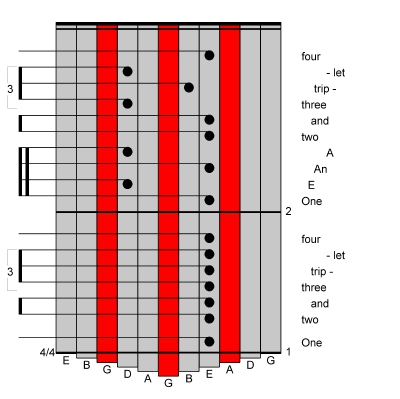 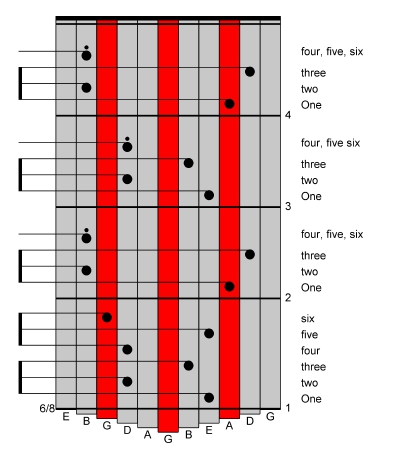 We’ll come back around in the very near future and look at different time signatures, rests, and other complicating factors.

Mark Holdaway has been playing kalimba for over 30 years. He invented his kalimba tablature in 2004, and has been writing books and instructional materials for kalimba ever since. His business, Kalimba Magic, is based on the simple proposition that the kalimba is a real musical instrument capable of greatness. Mark's kalimba books are a down payment on this proposition.
PrevPreviousSongs for the Chromatic Kalimba: “Carol of the Bells”
NextSix Modes to Expand the Emotional Expressiveness of your KalimbaNext