And how you can get a kalimba like Maurice White’s 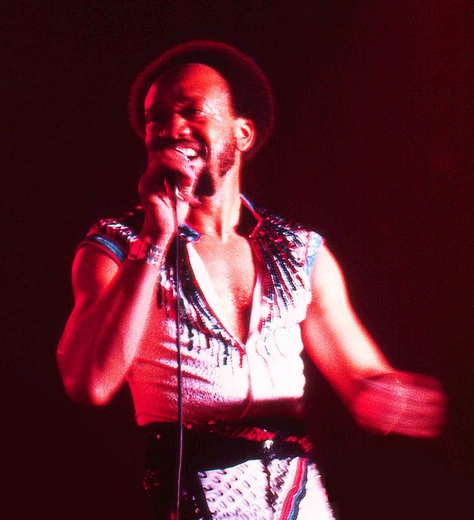 A lot of people who play kalimba were first exposed to the instrument when Maurice White of the band Earth, Wind and Fire pierced their hearts with its sound so many years ago, first beginning in the 1970s .

While I did always like hearing Earth, Wind and Fire on the radio, I never even knew Maurice White played kalimba until after I started Kalimba Magic and people started pointing out the sorts of things I would need to know to stay in business.

In another blog post we look at and hear Maurice White’s kalimba genius through the eyes (and thumbs) of one of us – Joe Hernandez, a kalimba player and musician who loves Maurice White’s kalimba playing so much that he is learning all of that extraordinary musician’s kalimba parts! This is what Maurice did for so many people – he inspired them to pick up the kalimba, and more. Some went out right away and acquired a kalimba. Others just dreamed of it for decades and then finally reconnected with the kalimba dream and got a kalimba in their retirement years. Some, like Kevin Spears, started where Maurice White was standing and pointing, and then found their own path that took them to what seemed to be the outer limits of possibility. And others are learning Maurice White’s tunings and kalimba riffs.

To me, Maurice White seemed to approach the kalimba as a magical device that could pierce through anyone’s armor and transport them to a place of love and beauty and amazement, a place that just kind of opens and melts and sweeps you into the soul of the music. And then Earth, Wind and Fire takes you to amazing heights of intensity and passion. The power of this music is tremendously amplified by how receptive you were made by the seduction of the kalimba at the beginning

Here is a very early video of Earth, Wind and Fire, featuring Maurice White on kalimba in the first three minutes and the last two minutes. Watch and learn, brothers and sisters.

Maurice White’s kalimba playing really is worth studying, especially the way he made it work with a very powerful 10+ piece band backing him. How did he do it?

Maurice has tuned his Hugh Tracey Treble kalimba to the A minor (same as C Major) pentatonic scale. He has several pairs of redundant notes, one of each pair on the left and one on the right, so he can easily trill a note. This recording is probably from around 1970 in Chicago, I am guessing before they had released their first record, and even at this early time Maurice White is using a Hugh Tracey Treble kalimba tuned to an A minor pentatonic scale. White’s successor in EWF, Philip Bailey, has used a variety of kalimba brands over the years, but I think Maurice White stuck with the Hugh Tracey kalimba his whole tenure in Earth, Wind and Fire. Someone posted a short clip of him playing kalimba only a few years ago. He was not as sharp as in the video above, but he still played the Hugh Tracey Treble kalimba – and maybe even the same one he used in 1970.

Maurice White is not really playing melodies. Or the melodies he plays are of a sort that are totally different from what we usually think of as melody, jumping the octaves of his kalimba. He does not focus on building the harmonic structure, though he often plays shimmering chords on kalimba. He is definitely playing rhythm, like a drum, except that the kalimba has so many more colors than a drum. He is painting emotion and feeling with his kalimba’s twitterings. He is bringing a spiritual presence and a lightness into the music. And at the same time, his playing is totally tight with rhythmic precision and coordination with the rest of the band.

When you study the video, you will see that when backing Maurice White on kalimba, usually the band thins out in volume, instrumentation, and texture so that the tiny kalimba can be front and center and dominate the music, or at least be heard. The horns are usually gone. The drums, bass, and perhaps a keyboard are playing, but they are not playing loud. The musicians in Earth, Wind and Fire are all top-notch. Part of being a good musician is knowing when to hold back, knowing when to hold another totally in the spotlight. That is what is sometimes required of the band when the spotlight is on the kalimba player.

In the video above, Maurice brings the song “out of the mist” using the kalimba, and takes the song back out into that mist at the end.

In the song “Evil”, Maurice takes a long solo prelude with very sparse, spacy backing from the band. In this environment, he can lay low or he can call out and get our attention. At 1:37, the band drops out, and Maurice does a trill. He has the audience in the palm of his hand, and he does a few kalimba flourishes, and at 2:04, he starts reaching back with his right hand and looking over his right shoulder to give keyboardist Larry Dunn the message to start the “Evil” riff – but Larry is on it even as Maurice is just starting his signaling gesture.

Look at Maurice White’s joyful face beaming at 2:10 – the band is coming together and will be funking out shortly, and he will get to throw his kalimba riffs all over it, and he knows the audience is going to totally love it!

Maurice makes space in the opening bars of “Evil” by playing a phrase that is opposite the keyboard’s “Evil” riff, either answering or leading it, depending on perspective.

At 2:30, the band restrains itself and lets the kalimba shine again – it’s all about dynamics.

At 3:00, Maurice is pumping out a syncopated, rhythmic motif that was present but subdued in his playing in the previous 30 seconds, but now he has brought it to the fore, and the whole band is echoing and surrounding the kalimba’s rhythm, as if the kalimba’s sound were the seed of the song.

One of the cool things about the kalimba is that you can dance while playing it. I myself go into seemingly uncontrolled spasms of strange vibrations, but I should study Maurice White here – how does he control himself, and strut in such confidence and sexiness? I guess it’s all part of how compelling a performer he was.

After he sings the first verse, the band is in full funk mode, though with the volume set moderately. Maurice White owns the band here at 4:15, mostly playing simple chords in the syncopated rhythm he already introduced, but he also scatters shimmering runs of kalimba sound in between. But note: he doesn’t have to compete with the horns, except for a single flash by the horns to announce the end of the solo.

In other words: Maurice White had firm control of this band of excellent musicians, and he knew exactly how and when to pull the band in to allow his kalimba to shine its brightest.

Joe Hernandez, who was mentioned at the beginning of this article, has learned to play the kalimba to much of the catalog of Earth, Wind and Fire music that features kalimba. Joe is also a composer, and the influence and inspiration from EWF can be seen in his original music too. Learning how Maurice White made his music is an important tool, that anyone who sits down to create their own kalimba music should be familiar.

I think that when you play someone else’s riffs, you can get something of the same feeling that they felt when they played that riff. When I play traditional songs on the kalimba or karimba, I feel a mystical connection with people I don’t know who played similar music hundreds or thousands of years ago. And those people must have dreamed about how their songs would be played in the future, that perhaps a piece of them could live on forever, straddling the spirit world and the material world inhabited by such things as human beings, kalimbas, music books, sound recordings and tablature.

Maurice White created his own tradition of kalimba music, but he did not do it alone. Earth, Wind and Fire started in Chicago in the late 1960s. But Chicago is also where Phil Cohran played. In addition to harp and trumpet and more, Phil Cohran played an electric kalimba he called either the Frankiphone (named after his mother), or the Space Harp. Phil Cohran taught music to Maurice White and his brothers, so one of the sources of Earth, Wind and Fire’s kalimba groove comes from Phil Cohran. Phil Cohran also used the kalimba as a symbol of the African tradition living on in our music today. Phil didn’t play traditional African music, but he played on a 13-note handmade pentatonic kalimba, referencing Africa. 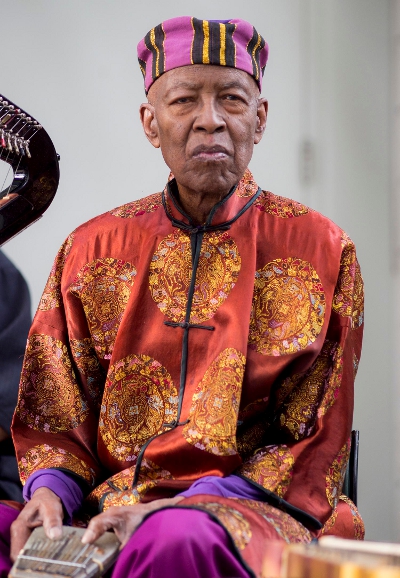 Phil Cohran with his kalimba – you can infer a pentatonic tuning from the pitch angle made by the tine tips.

Maurice White seemed to use the kalimba in a way similar to Phil Cohran – he did not play anything like traditional African music, but his pentatonic kalimba referenced Africa. Said Maurice: “It’s important to know that music should have no boundaries, that you can create whatever sound or style that you envision.” He envisioned his own music and did not need to play traditional music. He created his own tradition of music referencing a strand of Africa that was unexpectedly soft and beautiful and cool through his kalimba playing.

Maurice White accomplished a lot in his life, imagining a sound and working to achieve it, imagining a positive message and living to realize it, celebrating blackness and African-ness without excluding others. Maurice White helped break down the walls of prejudice and racism in a soft and beautiful way. He also kept the Hugh Tracey kalimba alive in the 1970s and 1980s when anti-apartheid sentiment resulted in worldwide disdain for and avoidance of all commercial things South African. Which is fortunate for us. And his amazing work and presence continue to inspire the worldwide kalimba community.

After a long and incredible career, Maurice White died in February 2016 after suffering from Parkinson’s disease for some years.

Mark Holdaway has been playing kalimba for over 30 years. He invented his kalimba tablature in 2004, and has been writing books and instructional materials for kalimba ever since. His business, Kalimba Magic, is based on the simple proposition that the kalimba is a real musical instrument capable of greatness. Mark's kalimba books are a down payment on this proposition.
PrevPreviousNew Tunings for the Lotus Karimba – One You Can Do Yourself!
NextHow Maurice White’s Kalimba Playing Touched My LifeNext 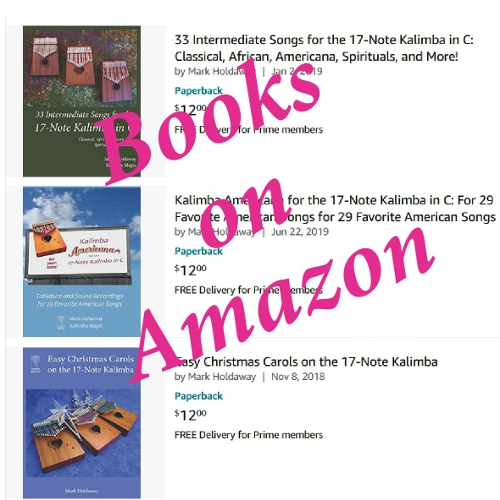 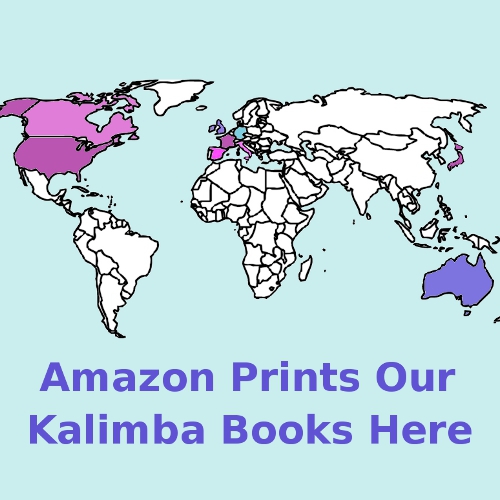 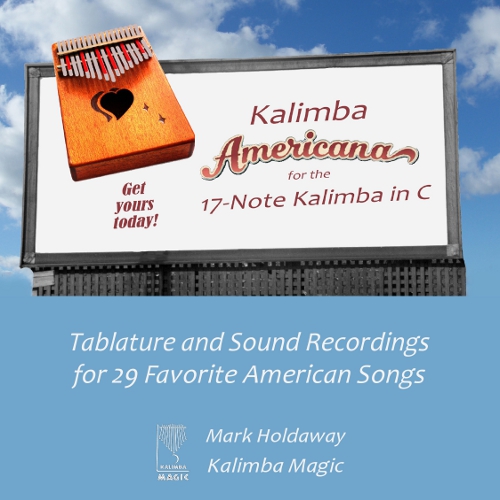 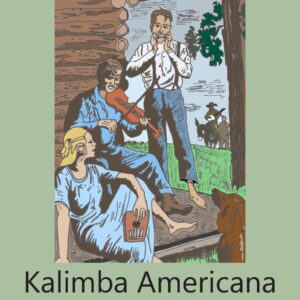 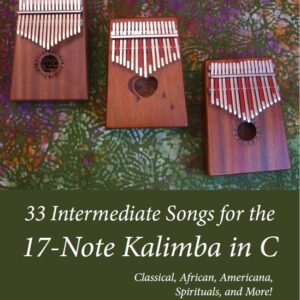 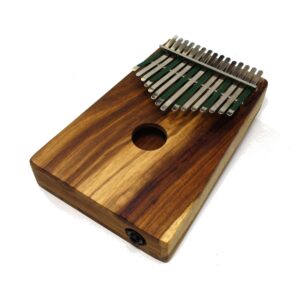