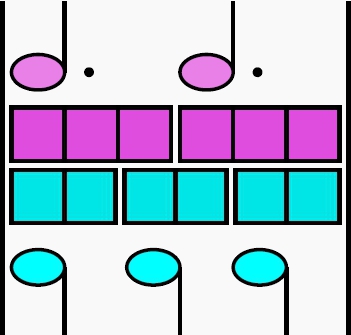 Three Against Two for Structure – 1

The Fabric of a simple “Three against Two” pattern is strong enough to be the foundation of a song What does “John Huffington” have to do with the classic African three-against-two multi-rhythm? I don’t know a John Huffington, but here’s his name, embodied in this rhythmic riff when I play it on the Hugh Tracey Alto Kalimba. When I fall into the groove of this pattern, I hear my kalimba saying  the name “John Huffington.” The three against two pattern requires that one thumb play one thing (three notes) in the same space as the other thumb is playing something else (two notes). And repeat. You can play this sort 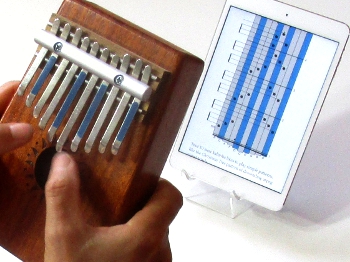 Buy the Download First I have a few customers who purchase mainly downloads from Kalimba Magic. One wants to get the music because he is interested in using it in his video work. Another just likes to hear what new music is available for the kalimba. But there is a growing group of people who see the downloads as a collection of music that is representative of what a particular kalimba style or tuning has to offer.  As such, the download is a key that opens some of the secrets that the kalimba has to offer.   Several first-time customers purchase one or more instructional downloads first. A few days later,