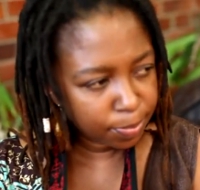 Learn the Song Vanavogwara on Karimba In 2013, a legendary figure in African music was suddenly taken from us. Chiwoniso Maraire was a shining light, a great singer and a great player of the mbira nyunga nyunga, also known as the African tuned karimba. Her instrument of choice is of interest to us for two reasons. Andrew Tracey hypothesizes that this is the original mbira first made in southern Africa some 1300 years ago. But Chiwoniso had a more personal connection to this instrument – the mbira nyunga nyunga was the instrument played, and made famous in America, by her father, Dumisani Maraire – or Dumi as his friends knew him. Dumi