My Experience Learning to Play on the 10-Note Heart Kalimba

All my life I’ve been a musician. My family sang together, I played and loved piano (even piano lessons), sang in all kinds of groups growing up, and played recorder, pennywhistle, and a bit of guitar. I mostly sing and play pennywhistle these days. Classical and folk, and world music were and are my stomping grounds.

Reading music was always the key to the door into the musical world. Never a brilliant music reader, I made my way through it and very happily discovered new melodies. In my adult life reading music has not been a focus for me, rather I mostly play and sing by ear with others.

Despite having been associated with Kalimba Magic for several years I never felt equipped to learn to play a kalimba. I just had so many other things to do. Recently I was encouraged by Mark to check out the new 10-note and I finally took the plunge, using the download “Everything You Need to Know about Playing the 10-Note Kalimba” and working on it as often as I could. (I would have used the more elementary “Fun and Games With Your 10-Note Kalimba” first, but it hadn’t been written yet. It may have made my steep climb a more comfortable stroll, but that’s boulders down the mountainside, er… water under the bridge?)

First I want to say that in my work with this soft and gentle little kalimba, it has slowly made its way into my heart. Its size, fitting easily in my small hands, its light weight, the very nice smoothness and finish of the wood box, and the rounded, well-polished tines all contribute to a very pleasing feel. The sound it makes is friendly – good tone, easy to play quietly or louder. Its 10 tines, four of them painted (which is nearly half, giving great visual guidance), gave me just enough room to learn on but not so many to confuse me. The 10-Note is a small and unassuming instrument that makes some very lovely sounds.

Up until now, 100% of my musical training was in standard western notation; and kalimba notation is fundamentally different. Piano and pennywhistle (the instruments) are both bi-directionally linear – up or down. My brain expects musical notation (and the instrument I am playing) to be linear, but the kalimba and kalimba notation are not. And, being a dog of middling age, new tricks come a little harder for me.

With that in mind, dear reader, whether you are a youngster or someone who’s been around the block a few times, you can read on knowing that, for some, even musicians, learning a new instrument can be a steep climb. Especially at first. But it gets better.

In the beginning, there was great resistance in me to doing something on two sides of a non-linear instrument, with different hands, that was supposed to all come together and make a cohesive group of sounds. Playing scales was slow and tricky. It helped a lot to concentrate on the relative tine lengths rather than their positions, to help keep me from balking totally. Trying to learn coordination between left and right, and switch active roles between the two sides was hard, and it required MANY thoughtful repetitions. I would concentrate very hard, and it was always best to quit after about 20 or 30 minutes. I didn’t want to stop so soon, but looking back I was doing very hard work that had nothing to do with my WISH to do it right or do it faster. 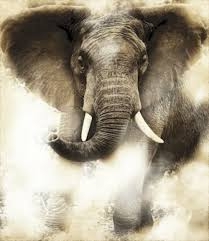 I was obliged to go back and practice. A lot. Kind of like teaching a kid who’d rather be doing a million other things. My brain was that kid, but my will was the Grown-Up Me who strongly wanted to make great sounds on this little instrument. It was a kind of split, divided thing – as I was working on playing, I was also working on getting those two parts of me together. As Mark has said many times, I was “building neural networks.” But I was also trying to tame two wild elephants – habit and will.

During this stage, to my shock, I generally found Mark’s lovely mp3 recordings to be overwhelming and intimidating. Let’s just say that if and when I let go of my fear and frustration, listening to how the music was supposed to sound was really helpful. Later the sound files would become much more appreciated, giving me a goal that I knew I could eventually achieve.

I usually found a new page of music to be very difficult at first. But the second time was easier. And kept getting easier the more times I went back to it, even after not seeing it for some time. (Sometimes it seemed to help if some time had gone by… neural networks growing?)

I worked my way through the early exercises. When I encountered a simple combination of a chord and a few notes, and then a different chord with some more melody notes (on page 39), it was a huge pleasure after working so hard on some very simple (but extremely challenging for me) exercises. I really enjoyed making some sweet and sentimental sounds, with my own hands. I had made some music!

The book tends to give a series of serious instructional exercises and follows them with something that uses the skills you’ve just learned that appeals to the emotions, sometimes very familiar songs and sometimes just simple made-up melodies. This is a nice reward for the work and concentration required to get through the exercises. You can really see your progress, and feel inordinately proud of yourself for making elementary musical sounds!

I think one big realization for me during this time was to finally understand the huge difference between kalimba music and what I was so familiar with from my past. The kalimba’s traditional music comes from rapidly plucking different tines in groupings. These groupings sort of become building blocks of the melody, whereas single notes are the building blocks in western music. And my task was to get so conversant with these multi-note blocks that I could do them unconsciously, something I am still working at doing well, and thus form a complex and repetitive melody, and one that I could even begin to vary and embellish later. This realization came to me only now, despite a few years being around this music all the time!

When I practiced a piece, and had practiced enough so that I thought I could “do it,” I’d then listen to Mark’s mp3, and I would think that someday I too will be able to play like a music box and make incredibly beautiful, entrancing sounds. But at the time, my thumbs plodded slowly along; I slowly gained confidence with intervals, memorizing and constantly repeating and then carefully joining phrases and making new relationships between notes and beginnings and ends of phrases, practicing two measures, then three, then four. Yes, I was building neural networks!

As time goes on and I continue to practice and play, another dawning realization happens. The speed at which I think I can play is only what I think. Actually I can go faster on some things. I just have to do it. My belief that I had to go slow seemed to be in error. I imagine that this is another sign that things are developing in my brain, but it could be those wild elephants relaxing and giving in a little. Just now I picked up the 10-Note and went through a simple two-phrase melody slowly. Then I consciously decided to see if I could pick up the speed. And I did. I could feel the spots where I still need to repeat it many times, like the transition between the end of the second phrase going back to the beginning of the first… but it is a total kick to see that I can actually play even a tiny bit faster than I believed.

I know I am at the very beginning of a journey and there is so much ahead, but right now I give myself time and space to appreciate what I have done by sticking with this. And like any other musician, this makes me very very happy!

Mark Holdaway has been playing kalimba for over 30 years. He invented his kalimba tablature in 2004, and has been writing books and instructional materials for kalimba ever since. His business, Kalimba Magic, is based on the simple proposition that the kalimba is a real musical instrument capable of greatness. Mark's kalimba books are a down payment on this proposition.
PrevPreviousNew In Stock – The 10-Note Heart Kalimba – a great kalimba to start on
NextThe Kalimba, its African History, and Black Pride – Your “Rough” GuideNext