Pentatonic tunings are culturally and musically important. We present new kalimba video of three different tunings for the pentatonic kalimba 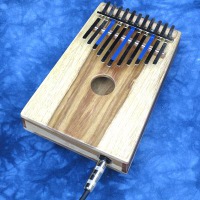 The coupon code PENTA30 gets you 30% off the box pentatonic

Aboriginal peoples all across the globe have used pentatonic scales in their music.  One of Hugh Tracey’s fundamental findings was that about 40% of all the kalimbas he documented in his expeditions across Africa were tuned to pentatonic scales.

Find out what makes the pentatonic scales so essential!

That extra space between the notes – both physically and in terms of pitch – makes the pentatonic kalimbas easier to play than their diatonic counterparts (that is, the Alto, Treble, or Bb Treble kalimbas).  You don’t really stop and think about what notes you are going to play, because they all work together.  The extra distance between adjacent tines makes it less likely that you will play a tine you didn’t intend to play.  These work together to make the pentatonic kalimbas great jamming machines.

The pentatonic scale is popular in both Waldorf and Orff music instruction for essentially the same reason it was popular in primitive cultures – it is easy to make music that sounds great even if you don’t know that much about the instrument.

The major pentatonic scale in western music is defined to be the scale you get from the black notes on the piano.  This is the iconic scale found in African American Spirituals such as “Nobody Knows the Trouble I’ve Seen”, “Swing Low, Sweet Chariot”, and “This Little Light of Mine”.


A celeste pentatonic kalimba in G major pentatonic tuning. This piece switches between G major and E minor – for example, in the video, between 10 seconds and 25 seconds, the music is in E minor.

I find each of these different pentatonic tunings has a different range of emotional expression. And the best part? You can go back and forth between these tunings yourself!

Mark Holdaway has been playing kalimba for over 30 years. He invented his kalimba tablature in 2004, and has been writing books and instructional materials for kalimba ever since. His business, Kalimba Magic, is based on the simple proposition that the kalimba is a real musical instrument capable of greatness. Mark's kalimba books are a down payment on this proposition.
PrevPreviousInterview: Andrew Tracey
NextTIP: Fixing the BUZZNext 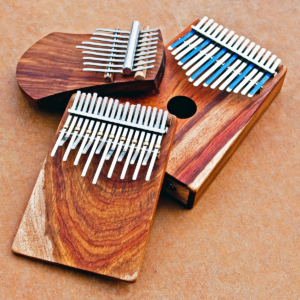 Save Big on Hugh Tracey Kalimbas 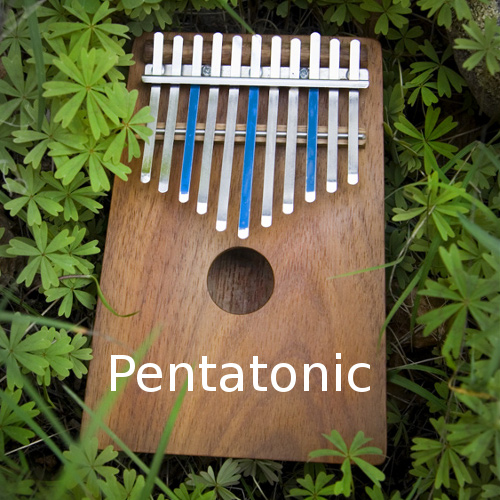 The Joys of Playing the Pentatonic Kalimba 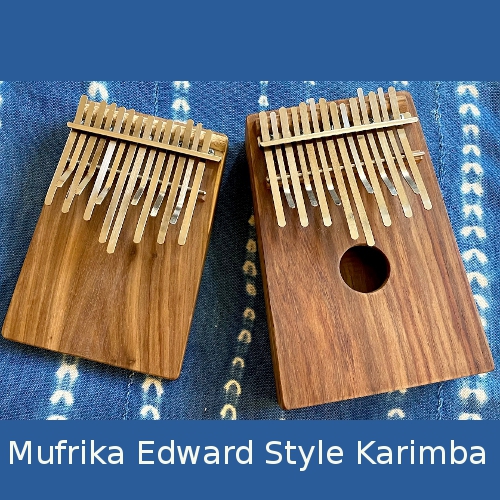 Mufrika Edward Style Karimba on Board or Box – With New Download 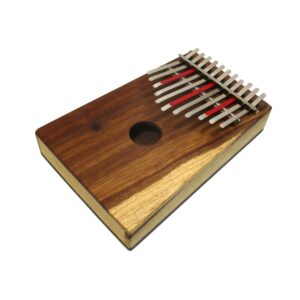 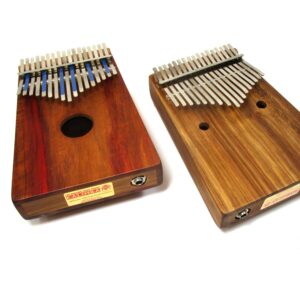