you Can Play This Music on Two Different Kalimbas

Many people born in the last couple of decades were first turned on to the sound of the kalimba by the animated TV series Avatar: The Last Airbender. The kalimba was regularly featured in the sound track.  The kalimba can really pull on your heartstrings in a sweet, simple way… a perfect accompaniment for animation!

In this post we feature two different Youtube videos by people who acquired their kalimbas in order to learn how to play some of the kalimba music from Avatar: the Last Airbender:  one on the Hugh Tracey D Treble Kalimba, the other on the Goshen 11-note Kalimba.

In addition, we’re providing free tablature for these little songs, for a visual map of how to play them.

Below are the YouTube videos mentioned.  Below each video is tablature for the first bit of the music – the iconic kalimba love theme. You should be able to match what you see happening on the kalimbas’ tines in a video with the tablature below the video. If you’ve never seen tablature before, see the link at the bottom of this post to learn all about it. 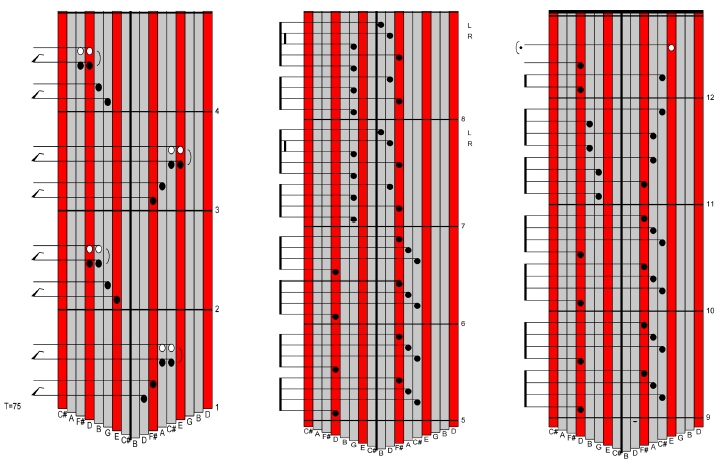 This tab is for the first 36 seconds of the video. Click to download a PDF of the tablature.

The Last Airbender love theme on the Goshen 11-note kalimba. 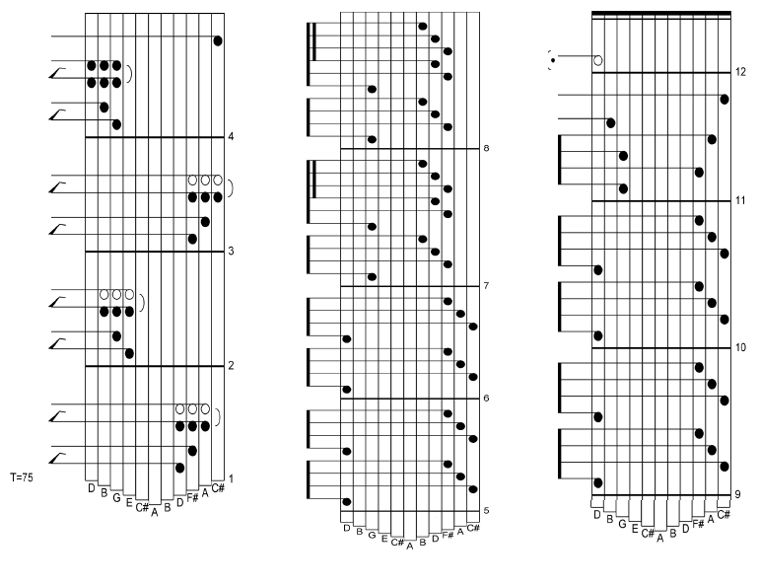 The two versions are a bit different, but are remarkably similar. Even though only 10 of the notes overlap on these two kalimbas, they are both in the key of D, and the overlapping notes are organized the same way on both kalimbas – meaning if you learn on one kalimba you could probably pick up the other kalimba and play the same music on it – at least in this case.

The cool thing? The sound track of Avatar: the Last Airbender uses a D major kalimba with the same basic notes as the Hugh Tracey D Treble or the Goshen 11-note – meaning if you get one of them in D, you can jam out with the cartoon! That, my friends, is a wonderful way to learn to play.

We sell the Hugh Tracey D Treble kalimba used in the first video. In fact, we invented the D Treble, and we may be the only people on earth selling them set up this way. Although we do not sell the board-mounted 11-note Goshen kalimba like the one in the second video, we do sell the same note setup on the Goshen box kalimba, and a box kalimba sounds even better than a board-mounted one.

Mark Holdaway has been playing kalimba for over 30 years. He invented his kalimba tablature in 2004, and has been writing books and instructional materials for kalimba ever since. His business, Kalimba Magic, is based on the simple proposition that the kalimba is a real musical instrument capable of greatness. Mark's kalimba books are a down payment on this proposition.
PrevPreviousOn “Just” tuning and A = 432 Hz
NextThe Hitzaskiar Persian ScaleNext