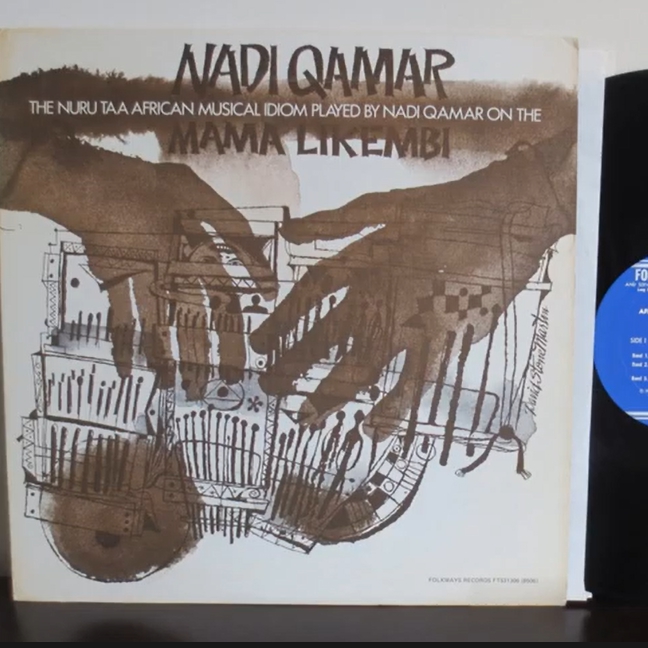 Nadi Qamar and his “Mama-Likembi” Kalimba from the 1970s

Ready to Have Your Kalimba Mind Blown? Nadi Qamar was an African American who pioneered the use of neo-traditional Kalimba in the 1960s and 1970s. A jazz pianist by training, Nadi made a fantastic album of kalimba music on an instrument of his own design, the “Mama Likembi,” in his own tuning. Listen to it through the YouTube embed above. The tuning is a Middle-Eastern sort of tuning. Sometimes he plays it more like a pentatonic kalimba. Since his instrument was an amalgam of several different kalimbas, they may have had different tunings? Neo-Traditional Kalimba? By neo-traditional, I mean that even though the instrument was not a traditional kalimba in