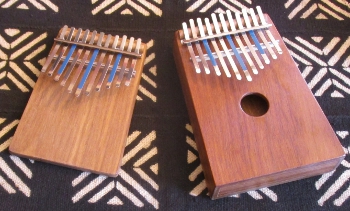 Instructional Resources for the Pentatonic Kalimba

This kalimba is great for everyone, beginner to pro! One thing that was clear after Hugh Tracey’s decades of research into the many types of traditional kalimbas in Africa was that a large proportion of them – about 40% – were in pentatonic tunings. This is one of the reasons why Hugh Tracey kalimbas are available in several pentatonic models. What’s so great about the pentatonic scale? Well, with fewer notes (just five per octave), it is conceptually simple, for one. And the Hugh Tracey kalimbas carry that simplicity through to make it physically simpler to play – with larger gaps between the tines, it is easier to play the tine you intended 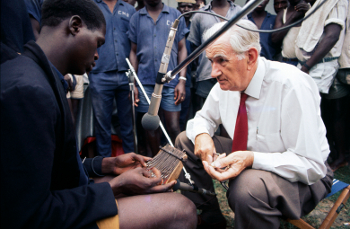 My Story of Hugh Tracey

He understood the potential loss of traditional African music to the encroachment of the west, and worked his whole life to preserve it Hugh Tracey is a complex and important historical figure in the contemporary kalimba world. I should start by stating my relationship to Hugh Tracey: for the last 33 years, I have played instruments he designed, and for about half that time I have made most of my living by selling Hugh Tracey kalimbas. So I might be a little prejudiced, but Hugh Tracey’s work was clearly pivotal in the trajectory of modern lamellaphones. Hugh Tracey, a white European man, cherished traditional African music and made it his life’s 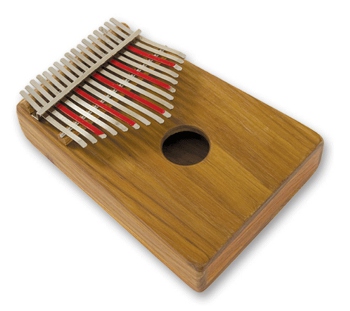 Instructional Resources for the Treble Kalimba

It was the original hugh tracey kalimba   The Treble kalimba maintains a special place in the history of the kalimba: when Hugh Tracey began to market his new invention in the early 1950s, it was the 17-Note Treble kalimba. The Alto kalimba started selling in the 1960s. The Pentatonic kalimba came in the 1970s as an answer to Earth, Wind and Fire, and the African-tuned Karimba came around 1980, fulfilling Andrew Tracey’s dream to popularize this traditional African instrument.  But the Hugh Tracey Treble was THE original Hugh Tracey kalimba. Kalimba Magic also offers Treble kalimbas in the keys of Bb and D. These are my own modifications of