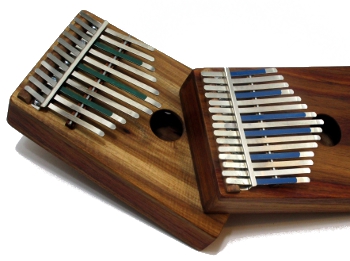 Why is Pentatonic Kalimba with Alto such a hot combo??

These two kalimbas can sound so good together! The Pentatonic and Alto Kalimbas The pentatonic kalimba and the Alto kalimba are a great natural pairing. They can create a gorgeous contrast that works when two players can “jam with deliberate abandon” – meaning players who are technically proficient and can also really move, respond, and dance with each other’s music. The pentatonic’s basic traits contribute to the very attractive alliance it can make with the Alto. The pentatonic kalimba is a bit of a mystery. It seems so simple – a perfect instrument for a beginner. Everything you play on it sounds great – playing it is a bit like finger painting 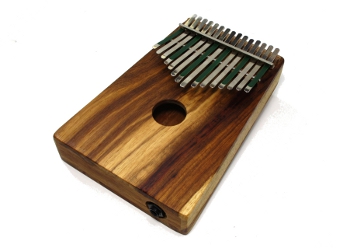 This exotic scale sounds “WOW” on the Alto Kalimba I remember being 8 years old, getting to stay up late to watch “Lawrence of Arabia” on TV. Even as I drowsed, I found myself listening attentively to its dazzling music. How grand! The music’s sumptuous scales sounded ethnic and different. It was moving and magical. Did the composer actually understand middle-eastern music and scales? Or was he just “making it up”? Probably both. The cool thing about the kalimba is that you can just “make it up.” Here, I have made up the “Hitzaskiar” tuning for the Hugh Tracey Alto Kalimba. The Hitzaskiar is an actual ancient scale from Persia, but