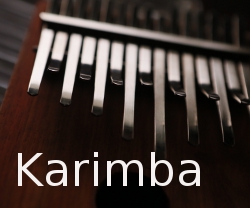 This traditional mbira song transfers well to karimba Click to download the full PDF tablature for “Mahororo” “Mahororo” is usually played on the mbira dzavadzimu (commonly called the mbira), and is one of the classic songs that fit the chord progression described by Andrew Tracey in his seminal 1973 paper “The System of the Mbira” which studies in depth the ages-old mbira playing of the peoples he and his father Hugh studied for decades . This implies that “Mahororo” is probably one of those “old songs” – meaning it may be something like 500 – 800 years old. Ivodne Galatea pointed out that it could be played on the karimba.