How to Play the Student Karimba

The 9-note student karimba - also called the "kalimba core" by Andrew Tracey - is likely the same instrument first documented by Father Dos Santos in 1586.  A great place to start, the student karimba's design has a rich tradition of centuries-old African music, and its ancient 9 note layout underlies the structure of every traditional mbira in southeastern Africa. Many of the songs that are played on those mbiras can in part be played on this simpler instrument. Kalimba Magic calls this instrument the Student Karimba mainly because of its simplicity and that it is a great instrument on which to learn how to play. As an interesting aside, the Hugh Tracey 17-note African Tuned Karimba is a modern version of one of the traditional mbiras that descended from that venerable 9 note layout. 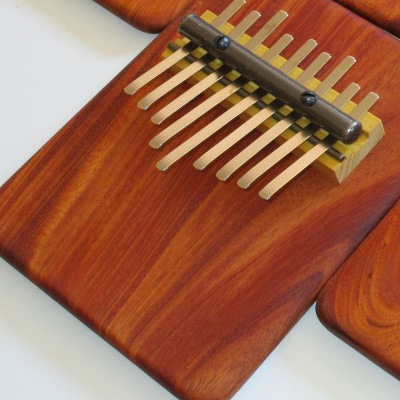 I have long felt it has been my calling to show the people of the world how to make music with all kalimbas, but it brings me special joy to educate about this particular one. This instrument has a special place in the history of African music, and I have played a special role in making that history known through direct musical experience rather than just through intellectual ideas.

Archival Newsletter Articles and Tips on the Student Karimba

Here is a strange riddle: Consider the 8- or 9-note instrument that I call the Student Karimba, or what A.M. Jones called the Kankobela, in 1950, or what Andrew Tracey call both the Kalimba Core and the Original Mbira in 1972. This instrument did not exist on the market until Kalimba Magic wrote a book full of both modern and traditional African music that this instrument plays. Then we commissioned Goshen and AMI to create instruments that would play this music - that is, modern reproductions of The Original Mbira. As far as I know, we are the only people on earth who sell these instruments.

The Goshen 9-Note Student Karimba is a special collaboration between Kalimba Magic and Goshen Kalimbas. This is one of the most economical kalimbas that we offer, and while it doesn't have the most notes or the most capabilities to perform general music, I can say that it might be the most comfortable kalimba to hold and strum. The wood is beautiful and smooth, as are the tines. Perfect for young players or beginners, this instrument can open wide the door to understanding ancient African music. 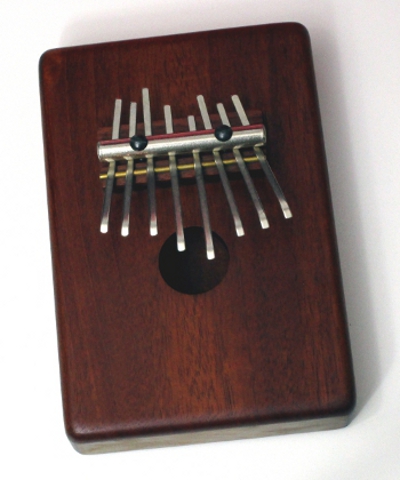 This instrument is a modification of the Goshen 8-Note Box Kalimba, usually tuned to "Do Re Mi Fa So La Ti Do" to facilitate playing western music. You can see from the tine lengths that this kalimba has been retuned to be an 8-Note African Karimba. This box seems to sing better when the instrument is tuned to a low note of C rather than G. I really love this one. 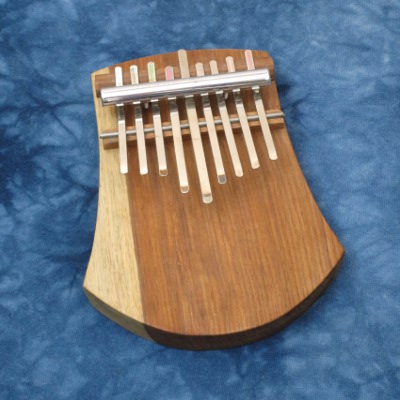 The Hugh Tracey Student Karimba can be tuned to either G or to A. It is a perfect lead-in to the full 17-Note African Student Karimba, whose lower row is exactly the same as this instrument.

A large part of the purpose of the alternative tunings to other kalimbas is to step out into the world of different possibilities - different sonic universes that can amaze and delight. However, the student karimba is all about being true to this possibly ancient tuning. The different tunings we present for the Student Karimba are all the same basic tuning, but shifted into different keys - there are general reasons to put the student karimba in any of C, F, A, and G, but each of these Student Karimba tunings will be able to play the exact same songs because the relative tuning between the different tines will be the same in all of these tunings.

If you have any questions, feel free to contact us via the email form, or speak directly to Mark Holdaway at 520-488-7641.