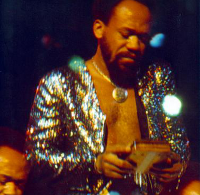 The kalimba might not have caught on had it not been promoted in a Broadway music called Wait a Minim, had bluesman Taj Mahal not performed on it, and had Maurice White of Earth, Wind, and Fire not wowed a nation with his electrified kalimba playing.

In the 1960s, the world experienced a veritable explosion of kalimbas, all coming from AMI. Soon, a larger, deeper kalimba model called the Alto Kalimba was designed, as well as a board-mounted treble called the Celeste Treble. This trio of kalimbas hit the world running. In the early days, the Treble Kalimba, mounted on a box, was much more popular than the other two models. I have seen dozens of old-style Trebles that people have sent to me for repair, and only a single Alto of the original design.

In recent years, the Alto kalimba has been much more popular than the Treble - perhaps because of its larger size, the larger distance between its tines, and the more sensible and more easily understood tuning with a high and low note both of G, which is also the root note. 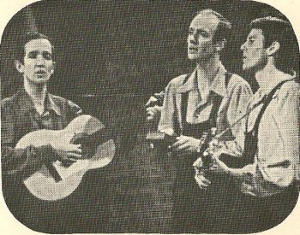 Wait a Minim! - a musical review brought the Kalimba around the world!

In 1961, Hugh Tracey's sons Andrew (left, with guitar) and Paul (center, playing kalimba), with Jeremy Taylor (right), created a musical revue that was performed, by them, in South Africa. It mixed cultural and political commentary with traditional folk music and dance from all over the world, but largely focused on Africa. The following year, they created a second revue, and the best material from the two was merged into a single show called Wait a Minim! (the show’s name was a pun, as a minim in the UK is the same thing as a quarter note…but the expression sounds like “wait a minute!”). After the show gained fame in South African theater, the Tracey sons and company left Johannesburg and made their way to London, Paris, and then to Broadway in New York City, touring the world, giving thousands of performances over seven years. The kalimba was strongly featured in this revue and thus gained world exposure. The photo above, from Wait a Minim! was included in the 16-page 1966 instructional insert that used to come with the kalimbas. Click the link below to download the PDF for the booklet. 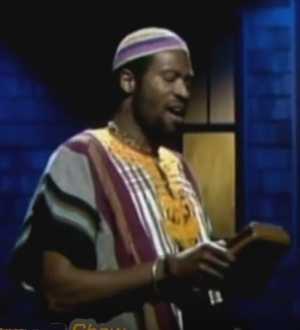 In 1972, Taj Mahal performed on the Alto Hugh Tracey Kalimba on a PBS special concert, and in 1973,he played Kalimba on the Flip Wilson Show in front of a national audience. All of a sudden, everyone wanted one! 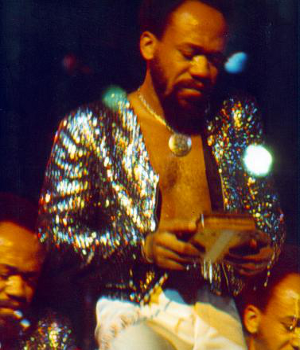 In 1973, Maurice White of Earth, Wind and Fire featured the Treble Kalimba on the song Evil, followed in 1974 by Kalimba Story. This ~9-piece hard-hitting funk/soul/R&B band created sparsely-orchestrated interludes in their well-attended concerts to let the kalimba shine front and center, and the kalimba's popularity soared.

Maurice White was one of the first people to experiment with retuning Hugh Tracey kalimbas - he tuned his Treble to a pentatonic scale with several pairs of redundant notes on opposite sides of the kalimba, which enabled him to "trill" a note. He was originally inspired by Sun Ra and Phil Cohran (a jazz musician famous for being part of Sun Ra’s Arkestra) to retune in this way.

The new sound of the kalimba in pop music blew people's minds and inspired many to start playing the kalimba. To this day, I encounter people who were turned on to the kalimba at an EW&F concert in the 1970s who are just now getting around to fulfilling their life-long dream of purchasing and learning to play the kalimba.