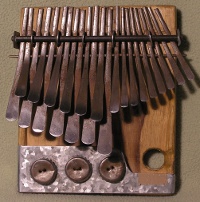 A young Hugh Tracey is brought to Africa; he falls in love with its traditional music, and his life’s work eventuates in the kalimba’s entering western consciousness. 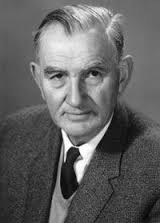 Who was Hugh Tracey?

If you play a kalimba, or if you have enjoyed kalimba music, you can thank many unnamed, unknown African geniuses starting over 1000 years ago. But you can also thank Dr. Hugh Tracey. It’s likely that you already knew his name before you began reading about kalimba history, as it is attached to the Hugh Tracey Kalimba. I had long been puzzled by this, a European name on a traditional African instrument. I have played the kalimba now for 30 years, and for probably the first 15, I had assumed that this was just another case of a white man exploiting traditional non-western culture. But that is very far from the truth.

Hugh Tracey was born, in 1903, into a large and notable English family. When he was about five, his father died. Without the income of his father, who had been a medical doctor, the family could not afford to send Hugh to university like his older siblings, and he was shipped out to Africa to work on his older brother's tobacco farm in Rhodesia in 1920. When he got there, he found an immediate spiritual kinship with the songs he heard being sung by the black African farm workers. He began to learn these songs, and his interest quickly spread to other African music and musical instruments. Fairly early on in his African tenure, Hugh Tracey was introduced to the mbira. The mbira must have been a truly magical instrument to Hugh, and his life was very likely influenced profoundly by hearing it played. The mbira received special attention from Tracey in his work recording music and collecting instruments across Africa. And he was astounded by the fact that none of the white people he encountered in Southern Rhodesia even seemed to notice this amazing instrument and the music it produced. This sparked what was to become the mission of Hugh Tracey's life: to travel about Africa and document African music and the instruments used to make that music. This endeavor of catching and recording traditional musical culture was a race against time, because western religious and choral music brought by missionaries, and later the influence of western music heard on radios, would erode and replace the traditional African scales and melodies. 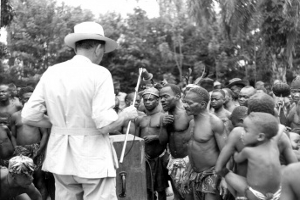 At that time, Hugh was probably given much advice from many white colonialists not to waste his time studying the music of Africa; many Europeans in Africa generally did not believe that African culture had any merit. But there were also those who understood the treasures that he was uncovering and preserving. On several occasions he obtained grant funding to travel around Africa and record the music he encountered. He began these journeys in the 1920s and 1930s and they continued for most of his life in some form.
Copyright © 2020 Kalimba Magic. All Rights Reserved.